Home » Hip Hop News » Apple Watts clears up the rumors about Apryl Jones and FBG Baby Goat, letting it be known that she had Apryl at the video shoot with her, and she’s still with Fizz, only having a random conversation with Baby Goat #LHHH [VIDEO] 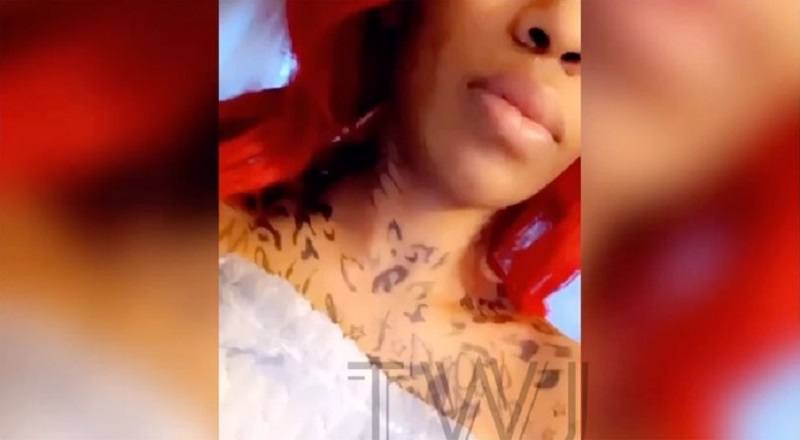 To being this month, there appeared to be yet another chapter in the never-ending Fizz/Apryl/Omarion non-triangle. Granted, Fizz didn’t immediately hook up with Apryl, she’s still the mother of O’s kids. It always looked like B2K was close, which Fizz said was never the case.

Whatever the case, Fizz and Apryl told “Love & Hip Hop Hollywood,” finally, that they are a couple. Finally getting together, fans predicted that Apryl would cheat on Fizz, too. At the beginning of this month, a video circulated of Apryl all over a rapper named FBG Baby Goat.

Immediately, social media ran with the narrative of Apryl Jones cheating on Lil Fizz. While social media has had fun with this, what’s overlooked is Apple Watts clearing things up. Last week, Apple Watts shared a video explaining that Apryl was at a video shoot, simply having a conversation with Baby Goat, nothing more, nothing less.

Watch the entire video and read the comments below:

More in Hip Hop News
Antonio Brown posts Stephanie, from Young Money, and “Cartel Crew,” on his IG Story, fueling dating rumors [PHOTO]
Jussie Smollett … Karol Sanchez gets dragged by Twitter and called Jussie Smollett, after cops reveal she said her kidnapping was a hoax to get away from her strict mother