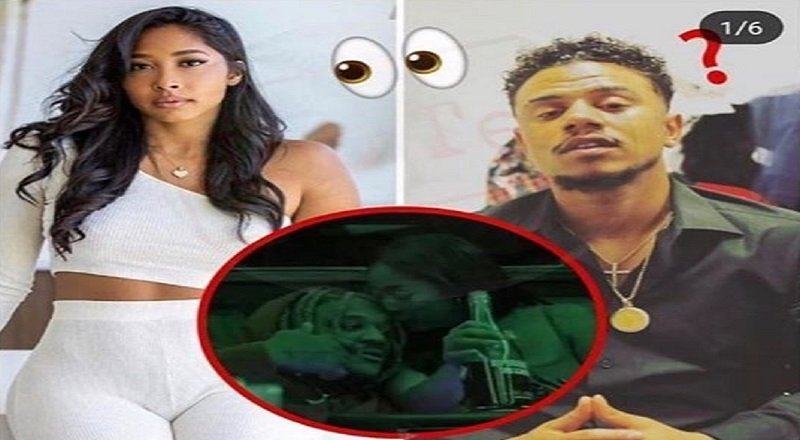 It’s hard to imagine, now, but when “Love & Hip Hop Hollywood” debuted, in 2014, Lil Fizz was a fan favorite. The ladies grew up having a crush on Fizz and loved seeing him all grown up. These women felt for him, as his girlfriend often cheated on him, and Moniece Moniece’d.

However, as the seasons went on, the ladies began to feel an affinity for Moniece. Then, they saw how Fizz treated Kamiah, after being mistreated hmself. He and Nikki got together, but controversially broke up, as he moved on with Moniece’s girlfriend’s best friend, Tiffany.

Those things made all the fans look at Lil Fizz sideways, but the rumors of him and Nia Riley dating caused controversy. On the show, he was friends with Soulja Boy, but that played out on “Marriage Boot Camp.” It was over, though, when Fizz and Apryl Jones, Omarion’s baby mama, started hanging out.

Despite denying any romance, Fizz said he and Omarion were never friends, contradicting seasons one and two on the show. Then, once they got together, Fizz took the continued shots at O, who booked The Millennium Tour 2020, without B2K, costing J-Boog millions. Fizz, in turn, said he and J-Boog were never friends, despite what he just said, all for Apryl, who was recently spotted looking flirty with FBG Baby Goat, a rising rapper.

Now, it looks as though Apryl cheated on Fizz, or they have already broken up, but B2K is off the tour. Meanwhile, demanding the blogs keep his name out of it, FBG Baby Goat said these men need to keep their girls on a leash, which could mean that Apryl tried it with him.

More in Hip Hop News
DJ Envy has hair! Twitter reacts to seeing DJ Envy with an actual hairline, questioning if it’s hair plugs, or if the line is for real
Megan Thee Stallion posts crying laughing emoji on Twitter, after reports of Ari and Moneybagg Yo attending Fabolous’ party