Home » Hip Hop News » Apryl Jones and Moniece get into HEATED argument on IG Live over Moniece posting on IG that Fizz took her son to Chicago with Apryl; Moniece says she wasn’t being petty, but her son always acts weird when Apryl is mentioned, as Apryl says Moniece was being petty over Lil Fizz #LHHH [VIDEO] 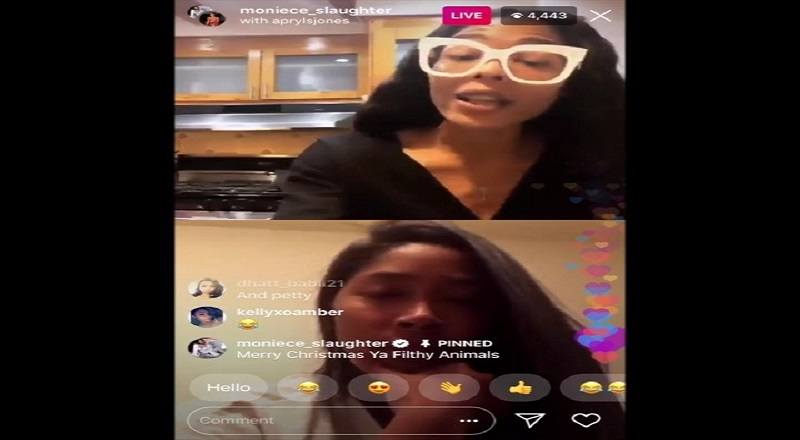 Early this year, rumor was that Lil Fizz was dating Apryl Jones. The news came as a shock, seeing how Fizz and Omarion were close, outside of their B2K history. Clearly, there was tension, as Omarion turned down Fizz’s B2K reunion proposal, but dating his ex was a lot.

However, Lil Fizz was also cool with Soulja Boy, but the rumors of him and Nia Riley dating were true. In the end, Lil Fizz ended up with Tiffany, who was Moniece’s girlfriend’s best friend. As everyone knows, Moniece and Fizz share a child.

Moniece confirmed the rumors of Fizz and Apryl being close, when she said he was in Chicago with Apryl and the kids. When Moniece cleared it up, she ended up providing more details on Apryl and Fizz. This led to Apryl calling Moniece out and this IG Live confrontation, where the two argued, and Apryl accused Moniece of being petty, while Moniece said this is all about her child, who “acts weird,” when Apryl is mentioned.