Home » Hip Hop News » Apryl Jones curses out a fan on IG Live who asks her if she and Lil Fizz smashed, accusing Moniece of getting all this started, asking the girl who is she to ask her who she is sleeping with #LHHH [VIDEO] 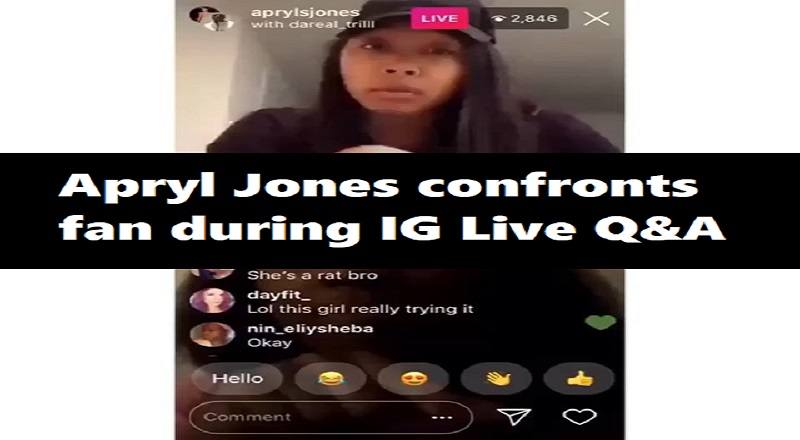 During the first two seasons of “Love & Hip Hop Hollywood,” Apryl Jones was a main cast member and fan favorite. A lot of people had a lot to say about her and Omarion. While they were a “stable” couple, they often argued and Apryl often checked O.

Season one came on the heels of the birth of Mega, Apryl and Omarion’s first child. The following season saw her give birth to their second child. Life soon changed, as season two aired, as “Post To Be” took radio over, and soon he and Apryl split.

Apryl Jones has since been rumored to be dating Lil Fizz, something many found outrageous. But, Moniece says there’s something to the rumors, leading to her and Apryl falling out. Last night, a fan directly asked Apryl about it, on IG Live, and she checked this fan who went out of bounds.