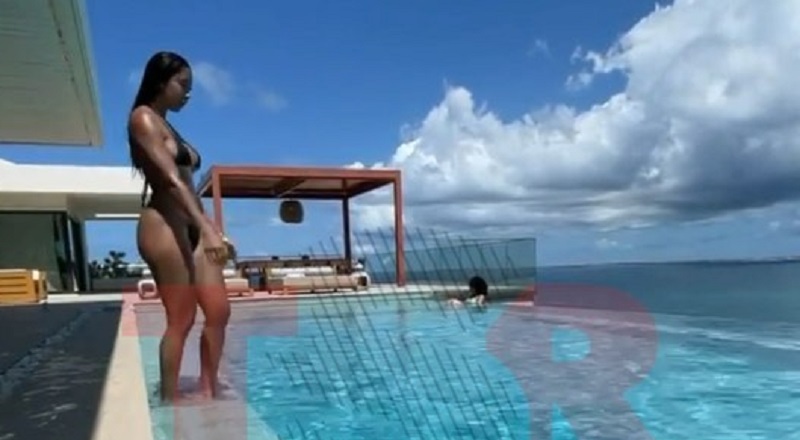 Two years ago, Apryl Jones shocked social media, when she revealed Lil Fizz was her boyfriend. Initially, there were rumors of the two dating, in 2017. Jones is Omarion’s baby mama, and Fizz was his B2K groupmate, and his best friend, on “Love & Hip Hop Hollywood.”

In the 2017 season, Lil Fizz and Apryl Jones were rumored to be dating. Because of Omarion being his supposed best friend, people were shocked to hear this. Rumors said their romance would play out, on the show, but Apryl only made a cameo, as Fizz tried to get Omarion for a B2K reunion.

Apryl Jones ended up returning to “Love & Hip Hop Hollywood,” in 2019, where she and Lil Fizz dated. During this time, they took shots at Omarion, which made them touring together awkward, but B2K still reunited. Over the weekend, B2K had a show, and Fizz apologized to Omarion for dating Apryl, and she posted this swimming pool video.

More in Hip Hop News
Deyjah Harris blasts fans for mentioning T.I. and Tiny, when she posted pics of her mom, Ms. Niko, celebrating her 41st birthday, asking why can’t people just enjoy the photos
Instagram is down AGAIN and people are expressing frustration on Twitter