Home » Hip Hop News » Apryl Jones tells fans she and Omarion are NEVER getting back together; Says “Me and him will never be together, stop wishing that, y’all didn’t see the other side of our relationship, we don’t mesh well” #LHHH [VIDEO] 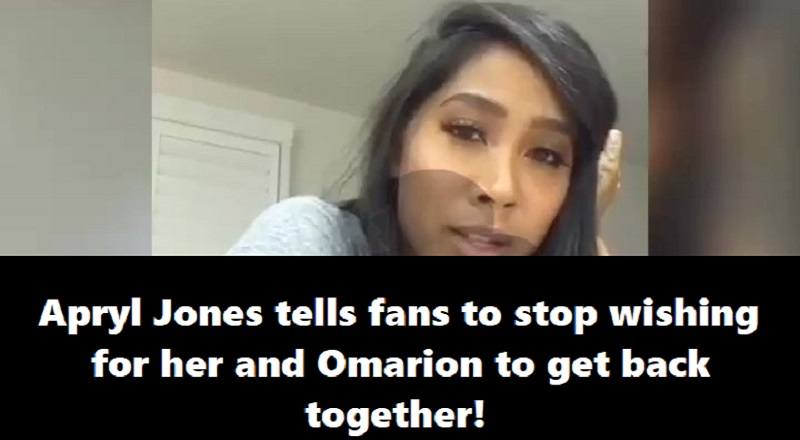 Four years ago, Apryl Jones was introduced to the masses, as Omarion welcomed his first child into the world. Months later, they were a part of the original “Love & Hip Hop Hollywood” cast. Immediately, fans were drawn to them, and they were the favorite couple.

Omarion, at the time considered way past his prime, came through with the biggest hit of his career. This meant he had to actually travel to promote new music. While he returned for season two, Omarion eventually left the show, splitting from Apryl not long afterward.

Apryl Jones has been spotted, from time-to-time, out and about with other rappers. There were even rumors of her and Lil Fizz getting together. Apparently, Apryl is single, and she let the fans know she would not, EVER, be getting back with Omarion, under any circumstances, saying they “don’t mesh.”

More in Hip Hop News
Kodak Black Says He Only Put Juice Wrld and Lil Pump On His Album Because He Knows They’ll Give Him Streams [VIDEO]
Kim Kardashian Warns Drake Not To Threaten Her And Kanye West’s Family; Says “Kanye Paved The Way For There To Be A Drake”