Home » Hip Hop News » Ari and Herb: Twitter is happy to see Ari and G Herbo getting along, co-parenting for the sake of Yoshon, with some fans even saying they hope the two get back together 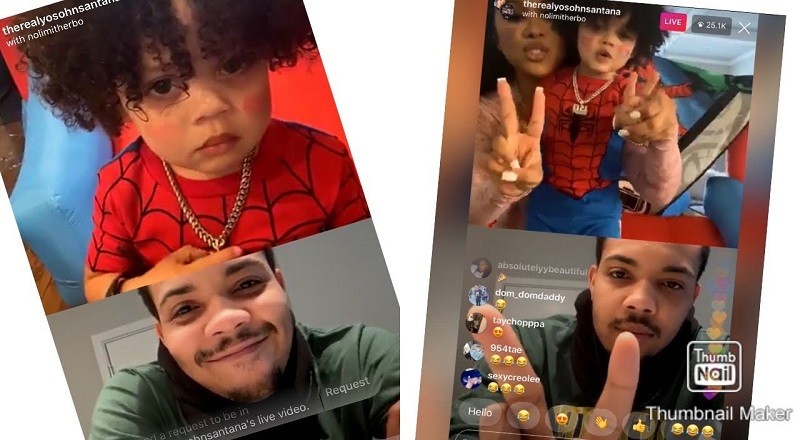 Two years ago, G Herbo showed he was different from the other types of rappers. When his girlfriend was preparing to give birth, G Herbo was literally running to be there in time for the birth of his son. From there, he and Ari became social media’s favorite couple.

Fans loved watching Herb, Ari, Yoshon, and the dog. There were some infamous bouts between G Herbo and Ari’s dog. During the downtime, when fans didn’t hear from the couple, Ari accused him of cheating with Taina Williams, who ended up being his new girlfriend.

Ari, since then, had something with Young M.A, dated Gervonta Davis, and is now with Moneybagg Yo. A year ago, she and G Herbo reunited for Yoshon’s first birthday, and their closeness allegedly made Davis upset. One year later, Ari is with Moneybagg Yo, but partying with Yoshon, and Herb is on IG Live with them.

The fans on Twitter loved seeing their family reunited and had a lot of things to say. Happy to see them being mature coparents, some fans said they would love to see them back together. Unfortunately for those fans, G Herbo does seem to be happy with Taina.

Read the tweets about Ari and Herb below:

More in Hip Hop News
Tammy Rivera Thinks She Caught COVID-19 While Going on “Waka and Tammy: What The Flocka” Press Run But Feels Better Now [VIDEO]
Blac Chyna is Selling Followbacks From Her on Instagram on Her Online Cosmetics Store For $250