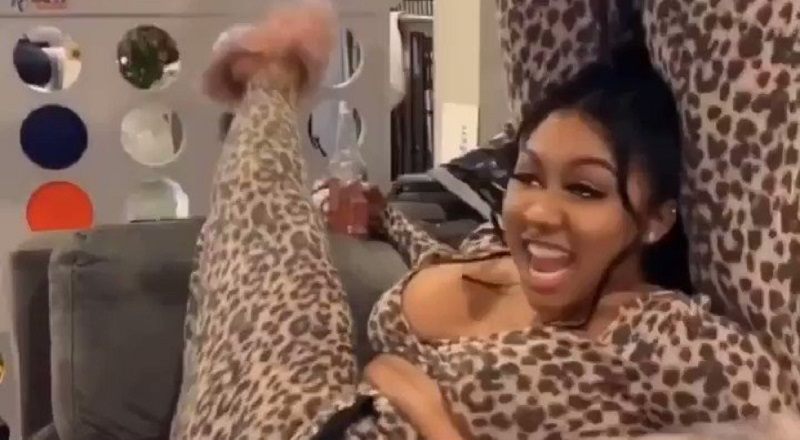 Always, Ari keeps one thing or another going, on social media. The ex-girlfriend of G Herbo, Ari gained social media fame, when Herb hopped a flight to witness the birth of their child. From there, they became social media’s most-popular couple.

This did wonders for G Herbo, as he was already a popular rapper, but the relationship helped expand his audience. Unfortunately, the relationship wasn’t built to last. Just months after G Herbo warmed hearts, Ari blasted him, accusing him of cheating with Taina.

G Herbo did move on with Taina and Ari has become one of social media’s favorite topics. She’s always doing something, which keeps people talking. Most recently, she has this video going viral, on Twitter, of her spreading her legs.