Home » Hip Hop News » Ari Fletcher confirms that she’s now single, even after recently hanging out with Moneybagg Yo, at her beauty line launch event 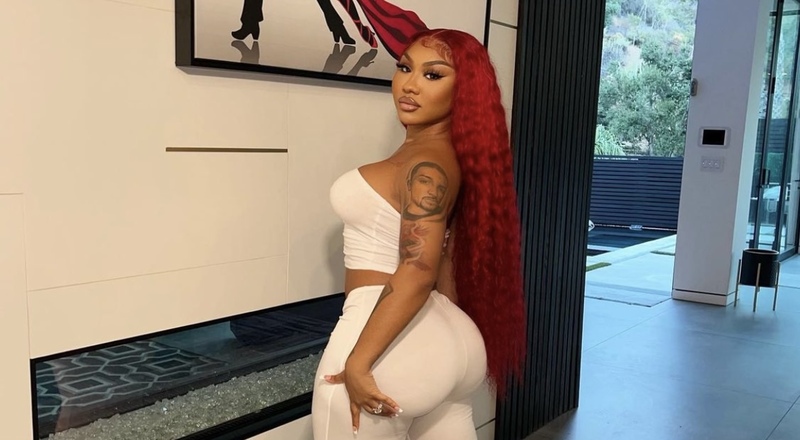 Ari Fletcher has been dating Moneybagg Yo, ever since late 2019. The two have frequently posted each other on social media, as well as gifts that they’ve given each other. Now, it appears that Ari’s time with the Memphis rapper is now over.

On Thursday, Ari had her launch party for her new beauty line “Remedy.” After the event though, in the early hours of Friday, she took to Twitter to say that she’s single now. Ari’s tweet read “Happy, paid and single! Ready for everything new!”

As of now, Moneybagg. hasn’t publicly spoken yet, on Ari’s new relationship status. He did appear on Offset’s new single on Friday though, which is “Code.”

Ari has since been ecstatic about the launch of Remedy, as she took to Instagram to reveal that the items have been selling out, in inventory.

“Thank you to my entire team and everyone that supports @remedybyari this is such a amazing time in my life. I feel so blessed and full inside! Sold out so fast but we are back in the office right now getting more for y’all! SHOP @remedybyari cause DUH!

More in Hip Hop News
James Harden tosses his birthday cake into ocean, while celebrating at yacht party [VIDEO]
Brittany Renner says that PJ Washington pays her $2,500 per month, in child support, and not the rumored $200,000 [VIDEO]