Home » Hip Hop News » Ari Fletcher responds to criticism, of her saying she used to want men to point guns at her, so she wouldn’t leave them – “It’s none of your business” [VIDEO] 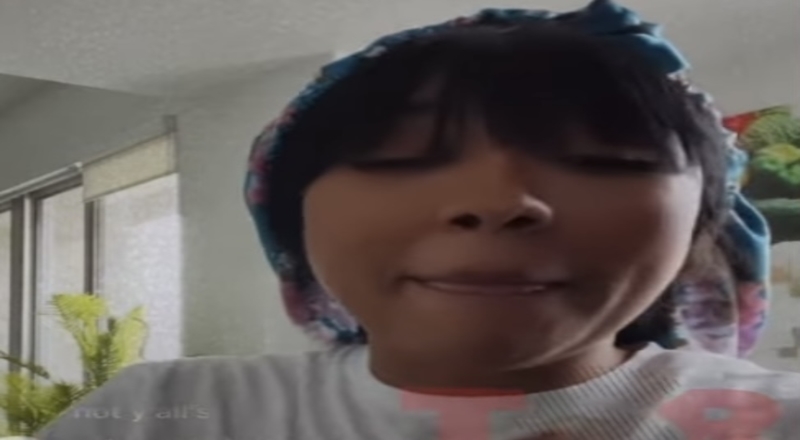 Ari Fletcher is known over the past year, for dating Moneybagg Yo. The two have been together for over a year and a half now, as the they aren’t shy at all to post each other on social media.

In a recent interview on the Don’t Call Me White Girl podcast, Ari opened up about the toxic qualities that she’s into. She went on to reveal that she used to want men to point a gun at her, to make sure that she doesn’t leave them.

Now, in a recent Instagram Live session, Ari is addressing the backlash. She simply believes that women are bitter about being single, and it is what it is, if someone wants a gun pulled on them.

“All of y’all with the [gun comments]. First of all, you probably don’t even have a man, and two, if somebody wants their man to pull out a gun, that’s what they want! Like nobody cares, joking or not, it’s none of your business. Stop tryna do a thing, why the f*ck y’all victimize yourself?”

Ari also acknowledged that she’s glad that she gave exposure to her friend, at the Don’t Call Me White Girl podcast. She added that that was what she wanted to do, in the first place.

“The podcast was amazing, I had a fun, beautiful time… Y’all, please go tune into the podcast – I’m so glad this got so much attention because my girl about to blow up! I mean that’s what it’s really all about like nobody cares about all the negative stuff. Let’s stay focused on what this is really about.”

More in Hip Hop News
Safaree cried talking to Erica, but #LHHFamReunion fans don’t buy it; Twitter asks why he had to have his apology televised and call the Safaree / Erica drama “draining”
Blake Griffin has monster dunk vs Clippers | Nets at Clippers [VIDEO]