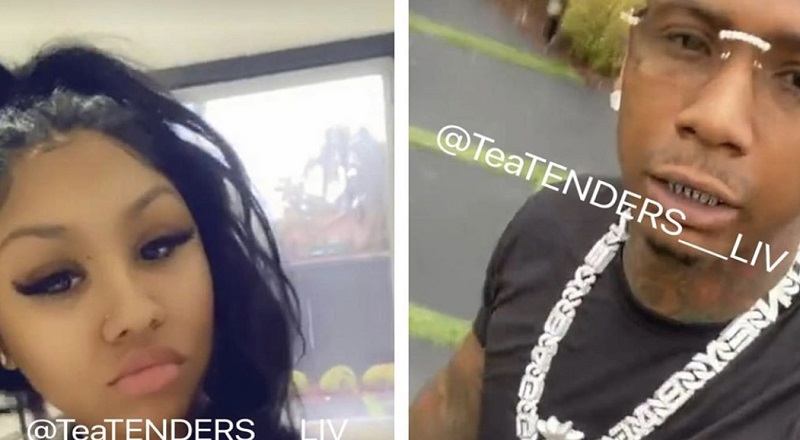 After all the fighting, and back and forth, Ari and Gervonta Davis finally decided to call it quits. The two spent the whole 2019 breaking up and getting back together. Meanwhile, Moneybagg Yo enjoyed a return to the spotlight.

In 2018, Megan Thee Stallion began making noise, and she fully rose to fame in 2019. She has now emerged as the biggest breakout artist of the year. This whole year, she and Moneybagg Yo were romantically linked, but he recently claimed their entire romance was a sham.

However, fans have been putting two and two together, from IG Stories and Snapchat. The people have surmised that Ari and Moneybagg Yo are dating. Adding to this feeling, fans have dug up Ari’s friend, well former friend, Giselle’s IG Story about how people really are, and them unfollowing each other, and they think this means something because Giselle was also rumored to have dated Moneybagg Yo.

More in Hip Hop News
Lil Reese is NOT dead, despite the rumors on Twitter, which stem from fake Lil Baby Snapchat; Chicago rapper is still in critical condition
ICON the GREAT Release Breakout Video “Back For More”