Home » Hip Hop News » Ari rants on social media about people taking shots and fans think she’s talking about Gisselle aka Gigi, over Moneybagg Yo; Twitter says Ari is foul for dealing with her friend’s ex, if she’s really dating him + Gigi says she’s not scared, as fans try and figure Trey and Megan out 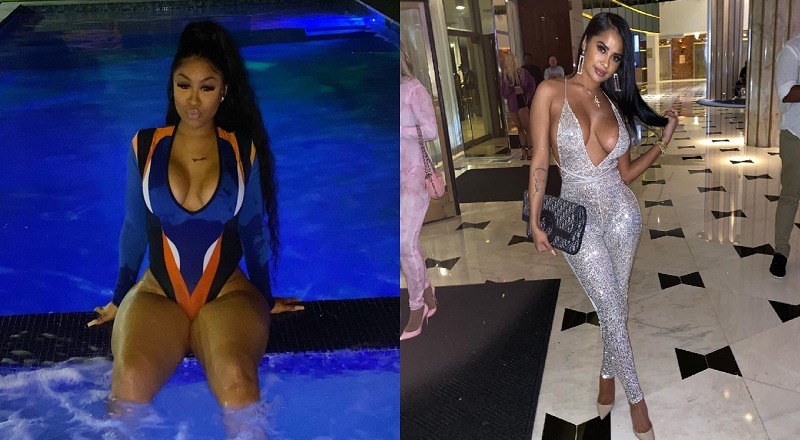 Last night, Ari was on Twitter and Instagram, ranting about how some women like to talk trash, but not back it up. Immediately, fans began calling her out, because she didn’t tag who she was talking about. But, it didn’t take long for fans to put two and two together.

Once her tweets went viral, fans assumed Gisselle aka Gigi was who she was talking about. Recently, Ari has been rumored to be dating rapper, Moneybagg Yo, who was once rumored to be with Gigi. Of course, Gigi and Ari used to be the best of friends.

Now, all of that has changed, as Ari was taking shots at Gigi, who was quick to respond. She let it be known that there’s not a person who pumps fear into her. Meanwhile, the fans on Twitter were going in on Ari, saying she really is foul, if she’s actually involved with Moneybagg Yo, like rumors suggest, and trying to figure out Megan and Trey.

See Ari and Giselle’s posts and the fans’ reactions below:

More in Hip Hop News
Joseline Hernandez got jumped at G5 in Miami and she warns the ladies who did it, telling them to wait until the next time she sees them [VIDEO]
Megan Thee Stallion Shuts Down Speculation of Any Saweetie Beef After People Thought She Wanted DJ to Turn Off ‘My Type’ in Club; Actually Wanted Trey Songz’s Music Played as Dating Rumors Continue to Heat Up [VIDEO]