Home » Hip Hop News » Ari viciously comes for fans, who roast her over her makeup video, calling the internet an “evil place,” saying it was a filter, and blasts people for “talking sh*t” [VIDEO] 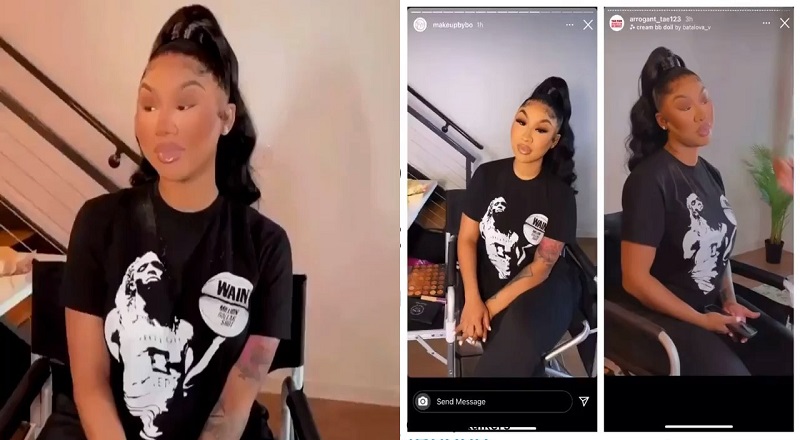 Last night, social media saw the video of Ari, on the left, and they began to come with jokes. Due to her outspoken nature, Ari is often targeted, on social media. Not only that, but she’s had high-profile relationships with G Herbo, Gervonta Davis, and Moneybagg Yo.

Because of her relationships, Ari has faced detractors, who have tried to make all kinds of claims about her. This has led to her going on some epic Twitter rants, over the years. Last night, Ari had to get people straight, over her makeup.

Ari first appeared, last night, on Instagram, with the makeup heavily caked up, on her face. As fans came with jokes, Ari came with a rant, calling the internet “the devil.” Later, Ari laughed about it, but it was clear the comments from the people upset her.

Read the tweets about Ari below:

More in Hip Hop News
Blac Youngsta says he’s done beefing on the internet, but if anyone plays with him on the internet, they will die; Fans in IG comments say he’s incriminating himself
DaBaby Sees Himself Retiring as a Rapper in Five Years and His Record Label Creating Stars