Home » Hip Hop News » Ari went to the #GRAMMYs, with Moneybagg Yo, last night, and Twitter has jokes, saying she made it to the Grammys before Herb, and fans say she would’ve never made it there with him 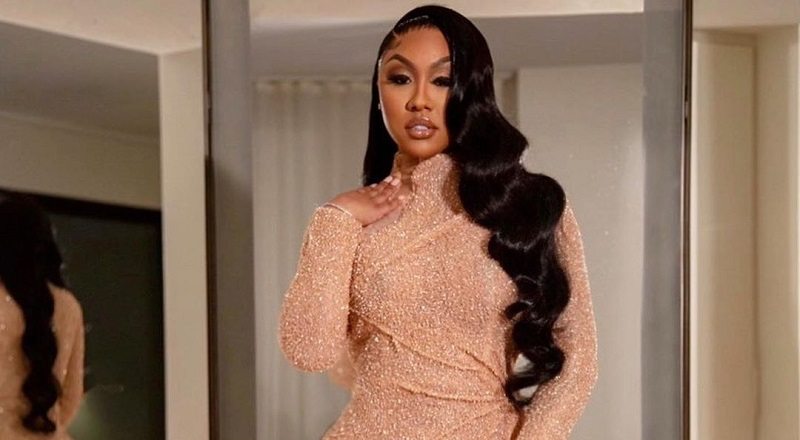 This weekend, Ari Fletcher fully experienced her come up. She went from being a local Chicago girl to dating G Herbo, one of the city’s hottest rappers, and having his child. Not long after this, Ari and Herb split, and she began dating Gervonta Davis, a boxing star.

Ari is now dating Moneybagg Yo, who is signed to Roc Nation. Being with him has allowed her to rub shoulders with the likes of Jay-Z and Beyonce, and, the stars of the current era, Cardi B and Offset. On top of it all, she got to attend the Grammys.

Making it clear she was in it for fame and not clout, Ari showed off her look for the Grammys. Petty fans couldn’t help but notice G Herbo didn’t attend any of the events. Having jokes, Twitter laughed at Ari making it to the Grammys before Herb, and now she would have never made it there with him.

Read the tweets about Ari and G Herbo below:

More in Hip Hop News
Nicki Minaj’s Brother, Jelani Maraj, Gets Slapped With 25 To Life Prison Sentence For Predatory Sexual Assault and Endangering Welfare of Child Who Was His 11-Year-Old Stepdaughter at The Time
Alison Morris, the reporter who caused controversy during her reporting of Kobe Bryant’s death, apologizes, claiming she stuttered, mixing the words “Knicks” and “Lakers” to say “NAKERS,” apologizing for the confusion, saying she’d never use a racist term