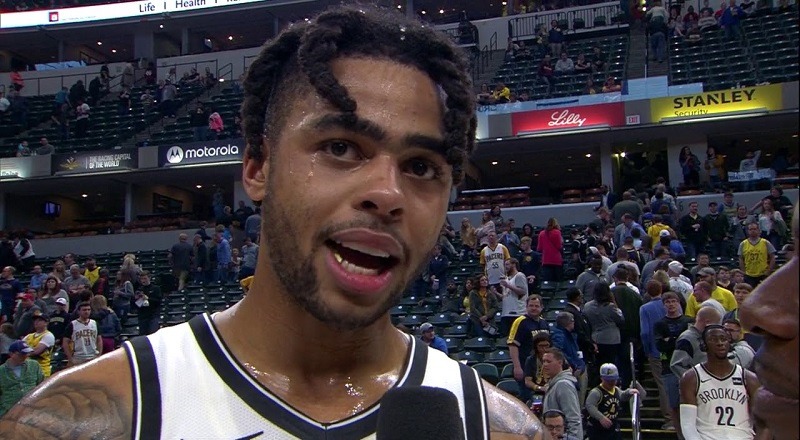 This season, D’Angelo Russell stepped up in a big way to become a real star in the NBA. In 2017, he joined the Brooklyn Nets, going through the struggle with them. Now, he is one of the instrumental people who led them to their first playoffs since 2015.

Because the Nets had the Philadelphia 76ers, in the first round, most didn’t expect much out of them. The Sixers have the core of Joel Embiid, Ben Simmons, and JJ Redick, plus Tobias Harris and Jimmy Butler. In Game 1, D’Angelo Russell took them all out.

But, D’Angelo Russell got taken out, this afternoon, when he was caught with marijuana in his Arizona Iced Tea can. Since the news broke, fans on Twitter have been going in on him. He still hasn’t fully overcome his snitch days from his rookie year, with Nick Young and Iggy Azalea, so fans are really going in on him.

Read the tweets about (D’)Angelo Russell below:

More in Hip Hop News
Cardi B admits she got her breasts redone, after giving birth to baby Kulture
Cyn Santana has removed all of Joe Budden’s pics from her IG and both she and Joe have unfollowed each other #LHHNY [PHOTOS]