Home » Hip Hop News » Ar’mon, from Ar’mon and Trey, fought his best friend, Josh, over a flirting prank with his girlfriend, Essie, and Twitter and YouTube say he’s overreacting and took it way too far, but he and Josh both responded on IG Story, and are back on good terms [PHOTOS] 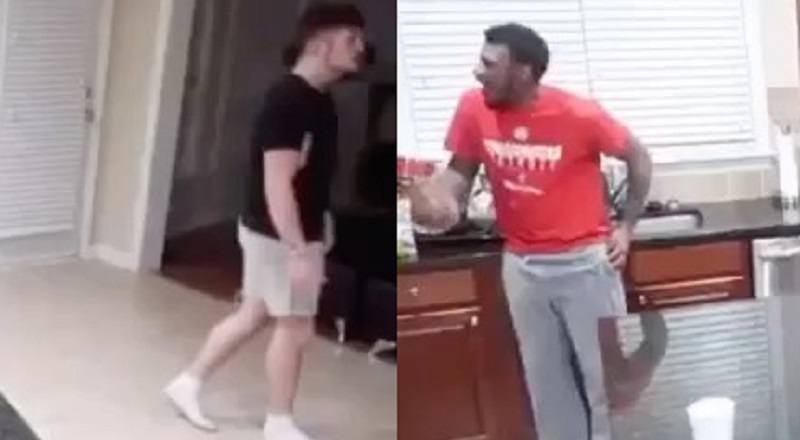 Earlier this week, Ar’mon from Ar’mon and Trey, seemingly got into a fight with his best friend, Josh. Their reasoning for fighting wasn’t a random one. Ar’mon is protective of his girlfriend, Essie, and he noticed how Josh was flirting with her on social media.

So it seems, Josh fell into the inappropriate crush category, and Ar’mon was taking it personally. When Josh and Essie went to film the video, Ar’mon seemingly lost it, leading to a fight with Josh, which both spoke out on, as social media soaked it up. But, Josh claims the fight was staged, and it was all a joke.

Watch the entire video and see the IG Stories from Ar’mon and Josh + the tweets and YouTube comments below:

A post shared by The Shade Room Teens (@theshaderoomteens)

More in Hip Hop News
Kim Kardashian “SQUAD” IG pics get dragged by Black Twitter, including one with Naomi Campbell, where Kim looks just as dark, if not darker, than Naomi, and that they’re all sitting from lightest to darkest complexion + Dr. Dre’s wife’s race sparks discussion, as people think she’s white
D Wade causes Twitter to lose its collective sh*t, when he refers to his 11-year-old son as “she” and “her,” and that pronoun is causing some to cancel Dwyane Wade, saying they lost respect for him; Fans defend him for being able to take care of his child and insult others who barely can but are criticizing [VIDEO]