Home » Hip Hop News » Ashanti gets roasted over her hat and Twitter says the kid to the left is unimpressed with her performance; Fans say #MacysThanksgivingDay parade is a random throwback #MacysParade 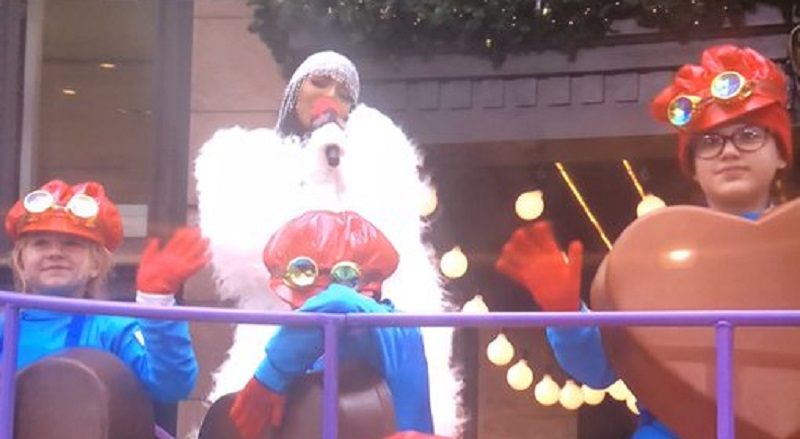 In 2002, Ashanti had the then-biggest debut of a new artist, ever. She broke records and stayed on top of the charts. The success she shared with Ja Rule was unparalleled, and it looked as if Ashanti would go down in history as an all-time great.

Even the onslaught against Murder Inc. didn’t slow Ashanti down, as she kept making hits. But, the 2005 federal investigation forced major changes, and Ashanti’s career never recovered. Since, though, she has become popular on social media.

Unfortunately, Ashanti is not popular at the Macy’s Thanksgiving Parade, today. But, it’s not just a her thing, as fans are going in on the entire show, which also includes Celine Dion, TLC, Ciara, and The Black Eyed Peas, calling it a random throwback. They are clowning Ashanti’s hat, and the kid on her left, though, because he looks as if he doesn’t want to be there.

Read the tweets about Ashanti below:

More in Hip Hop News
Yung Miami owns Twitter with photos of baby Summer, as fans say the baby is pretty, beautiful, and adorable, giving the ladies baby fever out here, but those filters…
It’s All Taysom Hill This Thanksgiving Night As Hybrid QB Blocks Punt And Scores Two Touchdowns In First Half #NOvsATL #SaintsvsFalcons