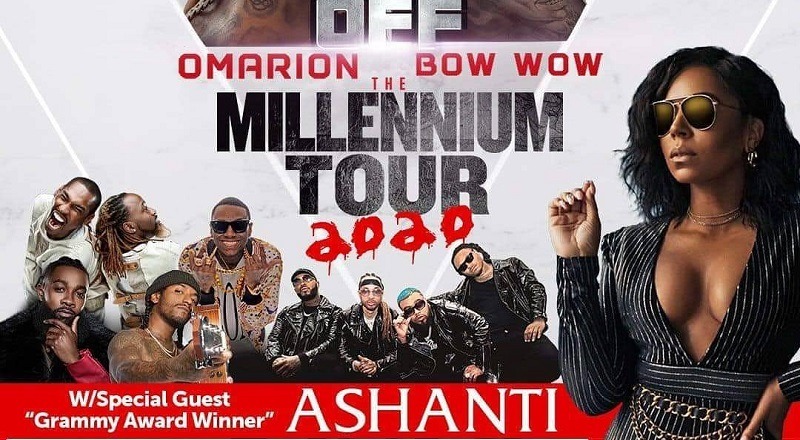 Officially, this is no longer about the B2K drama, the mid-2000s are back! For whatever reason, most only equate Ashanti to Ja Rule, but she had her own career. Aside from Ja, Ashanti has classics out here, and now the world will see her perform them.

Ashanti was added to the Millennium Tour, just this morning. The tour is being headlined by Omarion and Bow Wow. Meanwhile, other acts on the tour are Ying Yang Twins, Pretty Ricky, Soulja Boy, Sammie, and former Ashanti label-mate, Lloyd.

In 2004, the world was first introduced to Lloyd via his summer R&B hit single, “Southside,” a ballad with Ashanti. That song put Lloyd on the map and now fans want that old thing back. With the Millennium Tour extending into 2020, and Ashanti on it, fans on Twitter say they want “Southside” live.

Read the tweets about Ashanti below: