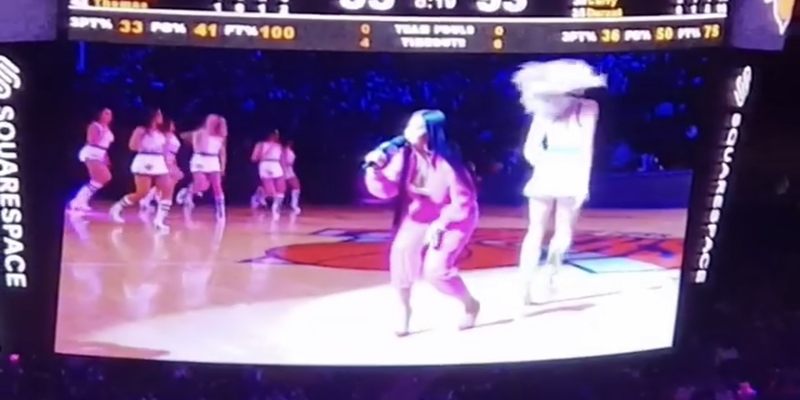 50 Cent trolled Ashanti on social media after only 24 tickets were sold for her show at Stony Brook University which resulted in a cancellation. She responded yesterday by calling him a bully, a snitch by referring to him as “Officer Curtis,” and cited lack of promotion by the school.

Ashanti appeared at the Knicks-Warriors game in NYC tonight to perform the national anthem along with a halftime performance. She did exceptionally well and was met with a positive reception by fans. She’s an NYC native so performing in front of a huge hometown crown was fitting.

50 can clown Ashanti but no one can take away the fact that she’s one of the most successful female artists of this generation. Not to mention that some of these college kids were still in diapers when she blew up in the early 2000s so the fact that people want to criticize these ticket sales are ridiculous.

More in Hip Hop News
HHV Exclusive: Cali Luv talks “Had It All” single and new EP, which is completed
Baby Ahk, popular DMV area rapper, has died and fans on Twitter pay their respects #RIPBabyAhk