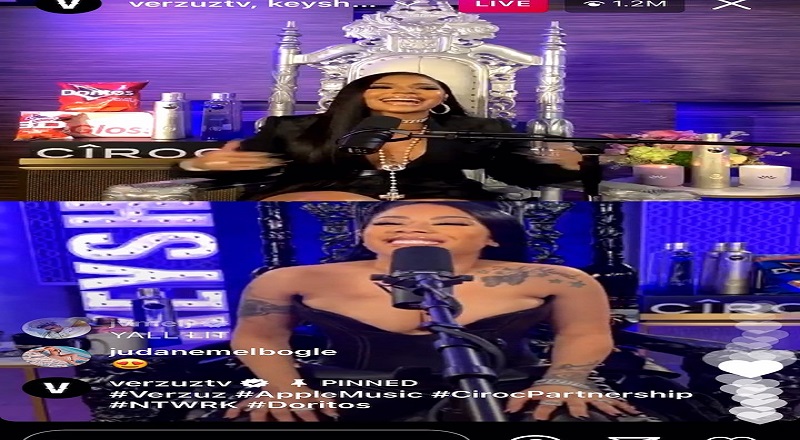 What makes Verzuz such a genius idea is the history each artist has. The history isn’t just what the artists share with each other, but their own history. Despite being a veteran, in the game, Ashanti is best-known for Murder Inc.

Ashanti enjoyed dominance over the game, from 2002-2004, as part of Murder Inc. How she joined the label came from writing “I’m Real,” for Jennifer Lopez, alongside Ja Rule. That story has been told, forever, but there was more.

Tonight, during her Verzuz battle, with Keyshia Cole, Ashanti shared a never-before-told story. She discussed writing “I’m Real,” with Ja Rule, for Jennifer Lopez. But, she revealed that, at the age of thirteen, she nearly signed with Bad Boy Records, as she was writing for them, and had the chance to meet The Notorious B.I.G.