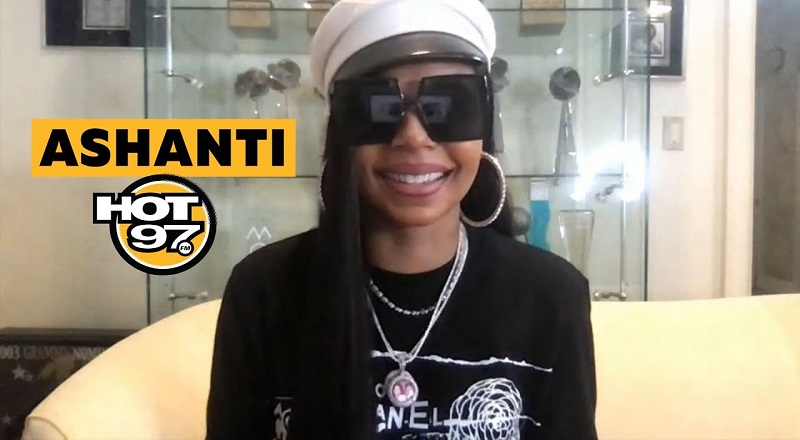 Last week, Ashanti dominated headlines, alongside Keyshia Cole, as their Verzuz battle finally took place. The two were supposed to battle, back in December. But, Ashanti being diagnosed with COVID-19 caused the delay.

Ashanti rose to fame, back in 2001, when she was featured on Ja Rule’s “Always on Time.” Her first single topped Billboard Hot 100. After this, she did Fat Joe’s “What’s Luv?,” before “Foolish” dropped, all Billboard top five hits.

Following last week’s Verzuz battle, Ashanti called into Hot 97, speaking to Ebro, Peter Rosenberg, and Laura Stylez. The conversation saw Ashanti shut down any speculation about beef with Keyshia Cole. She also has a history, with Tamia, over Fabolous’ “Into You,” which she discussed, along with writing for Jennifer Lopez, contributing to her Ja Rule collaborations, along with speaking on her new music, and COVID-19.

More in Hip Hop News
Kash Doll ft. DJ Infamous, Mulatto, and Benny The Butcher – “Bad Azz” [VIDEO]
John Wall reunites with Bradley Beal, and do their old handshake, as Wall’s Rockets bring him back to DC, to play the Wizards [VIDEO]