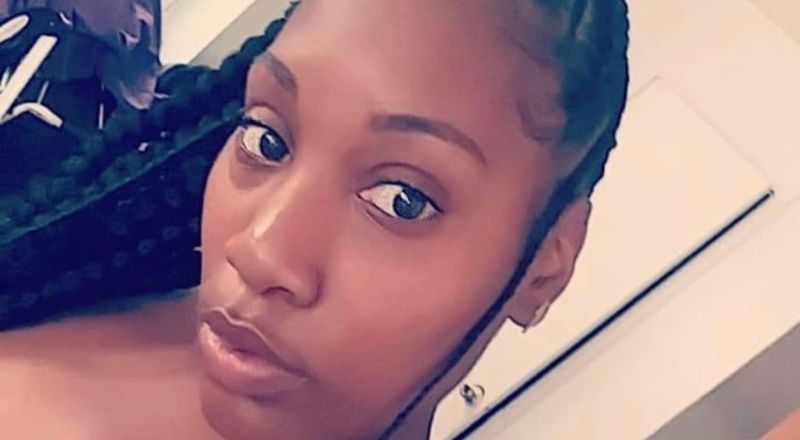 Ashley Lockhart was tragically stabbed to death in the neighborhood of West Philadelphia on August 6th. According to Fox 29 News, Ashley was stabbed over 18 times including her head and face. Ashley’s body was located in a vehicle shortly after the attack. The allegedly attacker is Ashley’s boyfriend who is also said to be the father of her children.

Ashley Lockhart began trending on Facebook as news broke about her death. Pictures of the young mother along with her beautiful children continue to circulate online. Members of the community along with facebook users express the lack of protection Ashely faced.

Surveillance footage captured during the attack shows the horrific moment leading up to her death. According to 6abc News a person of interest was taken into police custody shortly after the incident, at the moment he is only described as a 34 year old man. Ashley’s case is horrific as it sheds light on the dangers of domestic violence. A mother who has done everything in her power to provide for her children, was tragically taken away for no reason. Comments made about her death also bring up the issue with PFA’s, (Protection From Abuse) not being effective as reports state Ashley filed one a few months prior.

Ashely Lockhart leaves behind 6 little girls between the ages of five months and ten years old. A GoFundMe was established to help the girls as they prepare for the upcoming school year.

More in Hip Hop News
NBA Youngboy joins Drake, as the only artists in 2022, to reach 4 billion streams
The Rock lets it be known that he would love to be with Megan Thee Stallion, telling an interviewer he would be Megan’s dog, if he could be any celebrity’s pet [VIDEO]