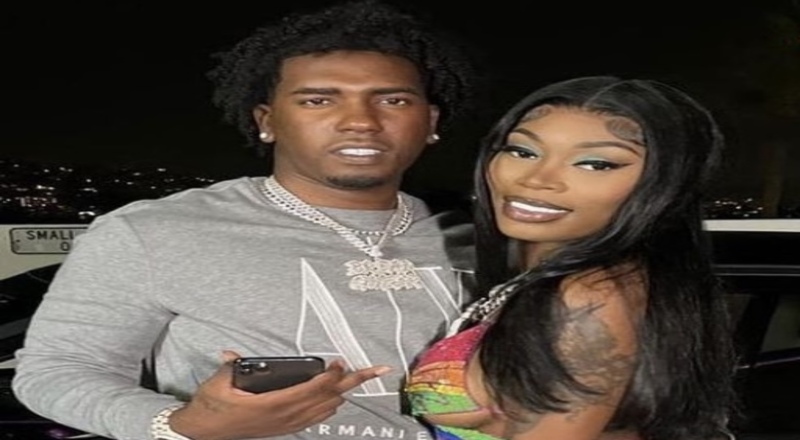 Asian Doll is back in dating rumors, this time it involves Baton Rouge rapper, BC Jay. The two recently collaborated on Jay’s “Slangin Iron” song, and also shot the video for it. This soon created speculation that the two may be more than doing business.

Now, Asian Doll is taking to Twitter, to deny that there’s anything more between her and BC Jay. She did shout out Jay and his team for this collaboration, though.

“Business is Businesses & Our Song Was Dope Thanks To His Team That Put That Feature & Video Together Song Did 2Mill In 3DAYS… No we are not dating, talking or anything besides music I was paid I pulled up very professional with my team I did my verse Smiled& Posed 4 da pics.”

Asian’s last high profile relationship was in 2020, back when she dated the late King Von. Unfortunately, he went on to lose his life, in an Atlanta shooting, in November of that year.

This past July, Asian also released her first project, since 2020. This was her “Let’s Do A Drill” mixtape, which contained 20 new songs. On this mixtape, she experimented more on the drill genre, which many fans believed she’s been sounding great on.

Continue Reading
You may also like...
Related Topics:asian doll, BC Jay, featured

More in Hip Hop News
Black woman gets harassed at Hiram Bar and Grill in Georgia and told she was in “a white place” [VIDEO]
Brooklyn pastor Lamor Whitehead, who was robbed of $400,000 in jewelry during live-streamed service, grabs woman by her neck, during latest service [VIDEO]