Home » Hip Hop News » #askmeek AMA from Meek Mill dominates Twitter, as fans question him about Milano Rouge being pregnant and him deleting his Instagram [PHOTO] 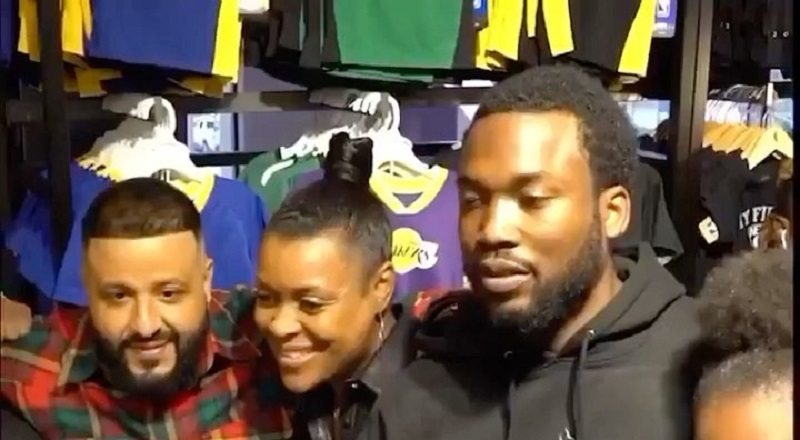 Recently, Meek Mill dominated social media, but everybody overlooked and forgot about it. His domination came between nudes from Steph Curry, A$AP Rocky, and not DaBaby. Heck, speculation is now even saying that’s not Steph, despite the Warriors’ gear.

Meek Mill, though, has been rumored to be dating Milano Rouge, a local Philadelphia businesswoman, for close to a year. At her recent fashion show, she revealed she was pregnant. Fans immediately associated Meek Mill with this.

Tonight, Milano Rouge said she doesn’t care for the spotlight, only wanting to do business. She asked the blogs to not feature her, as she only wants to promote her business. But, fans pointed out Meek Mill deleting his Instagram, so when he launched his #AMA on Twitter, they asked about Milano’s baby.

Read the #askmeek tweets below:

More in Hip Hop News
Twitter goes in on Todd so badly, over him and Kandi’s finances, that she jumped on to clear the air about her money, his money, and their money, revealing they invest from joint bank accounts, money he helped make, so he helps spend #RHOA
Kenya gets blasted for being bitter and not a good friend to Cynthia, as Marc spilled the tea about NeNe reaching out to Kenya to apologize #RHOA