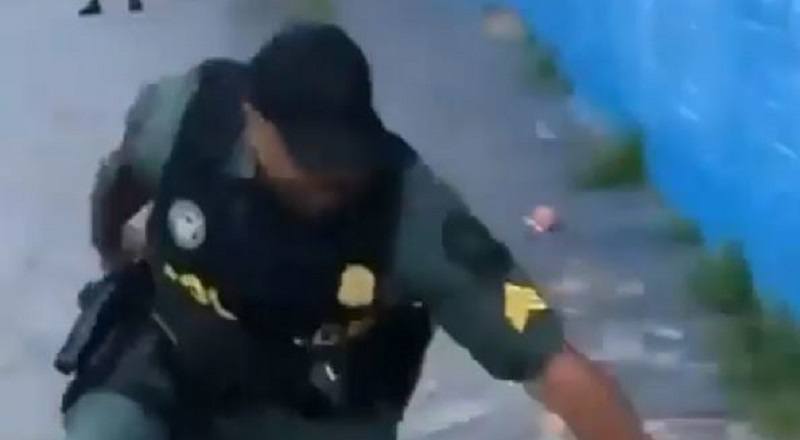 A lot of people are upset by this one, but it’s hard to know what went on without being there. But, the police are out of hand, and they have been for some time. What people are filming is something that’s been going on for decades, if not centuries.

This video shows a man with some kind of bag and a police officer telling him to give it over. The man, instead, drops it on the ground, and runs across the street, with the cop behind him. When he catches the man, the cop punched him in the face, and shoved a woman, causing her to fall to the ground.

Continue Reading
You may also like...
Related Topics:atlanta, m.a.c.