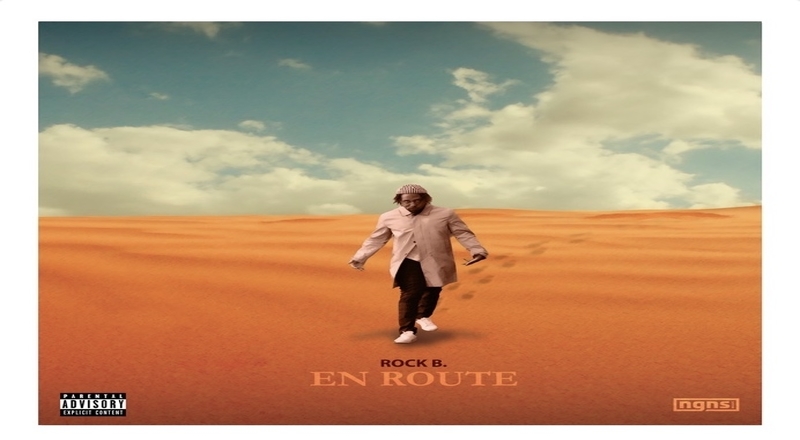 Rock B has had a very interesting journey into the music industry. He graduated from Colgate University of the Patriot League where he played football and then went on to get his master’s degree all before the age of 23. Growing up in Atlanta, Rock resides in Los Angeles now where he wants to take his music career to the next level.

This past week, Rock released his highly anticipated ‘En Route‘ album. This project contains 14 tracks with features from artists such as A-Rush and Devyn. On this project, B displays his versatility on flows such as “Get There” where he believes that he will be reaching the top and also on “Island Vibes” featuring Devyn where he feels the results of his success. He’s also able to appeal to the ladies with his vibes on “Lover Like U.”

Followers of Rock have been very receptive of this project as he continues to build momentum for himself while on the west coast. He is also continuing to grow his NGNS Music record label. He can be found on Instagram @rockbfoolin.

Check out the visuals for “Come With Me” which serves as the intro for En Route along with the entire project below.

Continue Reading
You may also like...
Related Topics:en route, Rock B

More in Hip Hop News
Roddy Ricch and J Balvin Will Not Be Performing at VMAs Next Weekend as Scheduled
Jacob Blake is the 29-year-old unarmed black man shot by Kenosha, Wisconsin police seven times, his fiance shared his photo with the local news, as Twitter says he was murdered for breaking up a fight