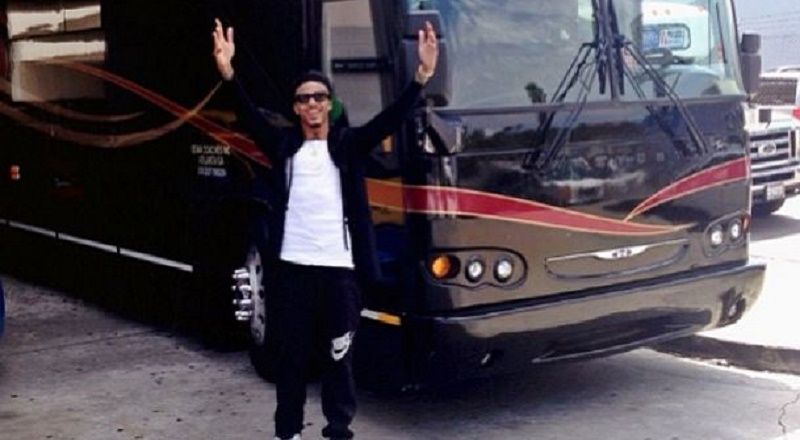 Emerging the way he has, there are plenty of reasons for August Alsina to be happy. He has overcome a lot and he brings a sense of Southern realness the game has lacked for some time. In real life, not every fight and disagreement leads to beef and August Alsina has proven this with his altercations with Trey Songz and Rich Homie Quan.

August Alsina recently made his return to New York City and he owned it at both Hot 97 and Power 105.1. He is in town to promote the release of his “No Love” remix, which features Nicki Minaj. While he was in the city, August Alsina did a show and ended up getting winded.