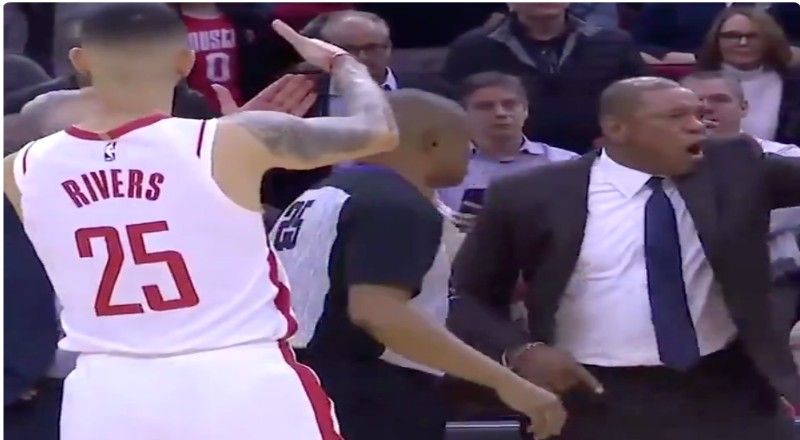 It be your own kids.

Austin Rivers has had an interesting NBA journey up until this point. Coming out of Duke as the 10th overall pick in the 2012 draft, Rivers came with a chip on his shoulder. Critics in the beginning of his career with always tried to chalk up his entrance into the NBA as a result of nepotism. Being the son of NBA coach Doc Rivers didn’t do any favors for him.

This narrative definitely didn’t go away during his four years playing for his dad on the Clippers. However during the numerous playoff match ups with the Golden State Warriors, Rivers’ heart and play making ability really shined through. It finally gave him a legit identity as a NBA player and as his own person outside of his a father’s shadow. When Austin left the Clippers, things weren’t on the best of terms between him and several of the players at that time. However it seemed like Dad was proud to see his son flourish.

All of that might be in question after tonight’s game between Doc Rivers’ Clippers and Austin Rivers’ Rockets. Things got petty towards the end of the game when Austin Rivers actually encouraged the refs to give his own father a technical and eject him from the game. Rivers got his wish and Papa Rivers was ejected with less than 2 minutes left. He even waved his dad off and told him to call after the game. Cold world.

Austin Rivers wanted his dad to get a technical 😂

More in Hip Hop News
#BlackInkCrew fan puts Ceaser and Teddy on blast and then her Twitter account gets limited and she blames them for it [PHOTO]
DRAYMOND, YOU SUCK!!! Draymond Green gets trashed by Twitter, as ESPN mic picks up on some man berating him, after he misses jump shot, with fans saying he’s not an All-Star, doesn’t belong in the NBA, and can’t do it without Steph and Klay [VIDEO]