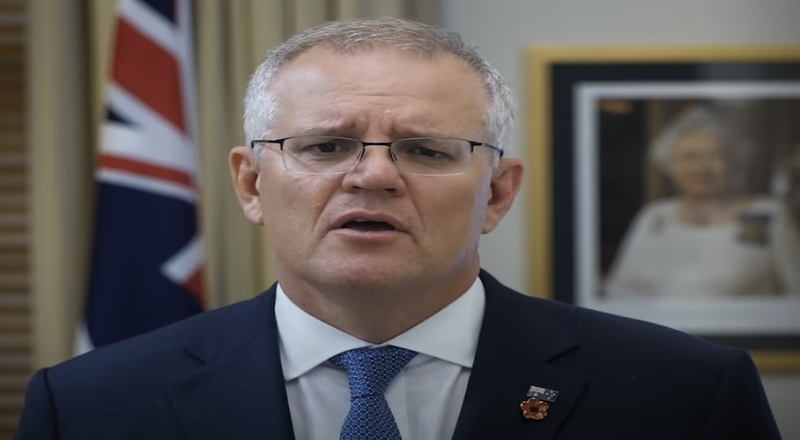 Kanye West has been preparing to release his “Donda 2” album, as he officially announced the project earlier this week. That came after releasing his new “Eazy” single, ft. The Game.  Now, it appears that Ye wants to tour overseas, this spring.

Kanye has been rumored to want to have concerts in Australia, in March. According to The Guardian though, Australian Prime Minister Scott Morrison says that Ye needs to be fully vaccinated. This applies for anyone who wants to visit the country.

“The rules are you have to be fully vaccinated,” said Morrison, during a recent press conference. “They apply to everybody, as people have seen most recently. It doesn’t matter who you are, they are the rules. Follow the rules – you can come. You don’t follow the rules, you can’t.”

Kanye reportedly wants to have these concerts in stadiums, in Australia. The “Donda 2” album is currently set for a February 22 release, and he’d likely be expected to perform the songs from that project.

Last year, Kanye revealed that he had his first dose of a COVID-19 vaccine, but went on to say in a Forbes interview, that getting vaccinated is “the mark of the beast.” His team has yet to respond to Prime Minister Morrison’s comments.

More in Hip Hop News
Kanye West says he won’t have a cellphone, until “Donda 2” album is out, on February 22 [VIDEO]
Kanye West’s reps deny reports that he’s setting up fashion show for LA’s homeless