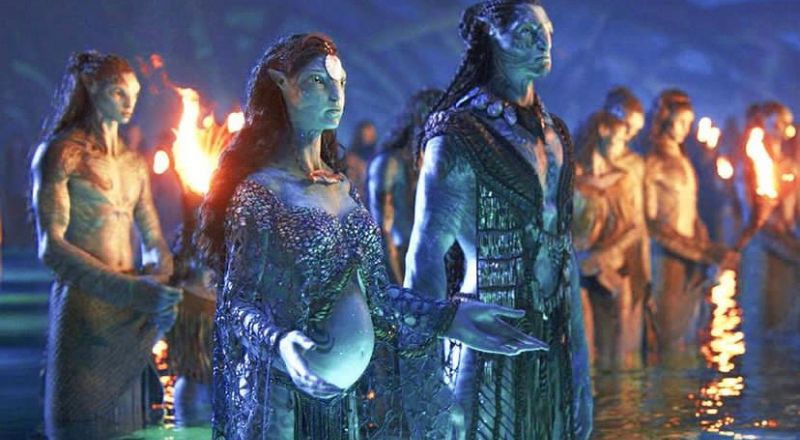 AVATAR 2 : The Way of Water has a runtime of 3 Hours and 10 minutes

Avatar is finally releasing a sequel thirteen years later making it well worth the wait. From the mind of James Cameron a new story is told only this it’s longer. The runtime for Avatar : The Way of Water is reportedly three hours and ten minutes long, with new effects and a more in depth journey. Majority of the cast from the first film featuring, Zoe Saldana, Sam Worthington, and Sigourney Weaver are returning. New additions include Vin Diesel and Kate Winselt.

Avatar is an iconic film for a variety of reasons. Aside from the movie tackling racial issues, bringing awareness to environments and the realities of war it broke records. Avatar is the only movie to surpass 2.9 billion at the box office, making it one of the highest grossing movies ever. The film was also nominated for nine Oscars, winning three with one Oscar for Best Achievement in Visual Effects.

Avatar 2 :The Way of Water takes on a new legacy continuing the original storyline during its three hour run. The film is set to hit theaters on December 16, 2022 right before Christmas.