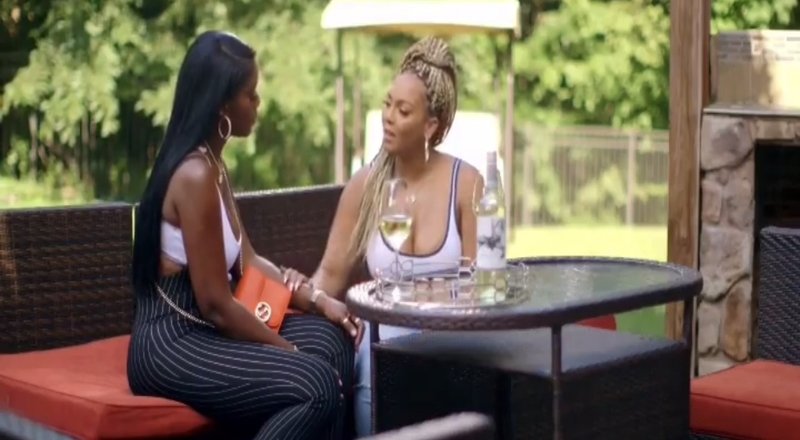 This season Kimbella and Juelz Santana are going through the worse of problems.

Earlier this year, Juelz Santana was arrested for bringing drugs and a weapon to the airport. Even though, he did make bail. Santana is currently awaiting trial and will appear in court next month.

During tonight’s episode, Kimbella sat down with her BFF, Juju, for some girl talk, and during the conversation Kimbella was constantly blaming herself for Juelz legal situation. She stated how she could have probably prevented him from doing drugs and his addiction. While Kimbella was becoming extremely emotional, Twitter fans had their own opinions about the situation saying she’s “crazy” and “delusional.”

Read What Twitter Fans Had To Say About Kimbella Here:

More in Hip Hop News
Is Travis Scott Cheating on Kylie Jenner? Twitter Reacts to Photos Of Him Hugged Up With Some Half-Naked Woman [PHOTOS]
Alexis Skyy Sits Down With Her Grandmother And Disscuses Her Relationship With Fetty Wap & Grandma Drops Some Gems “You Shouldn’t Be Around Him If He’s Not A Father” #LHHNY [VIDEO]