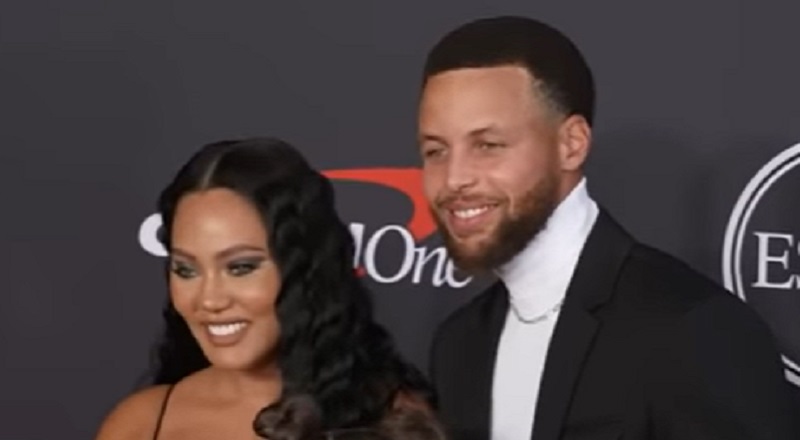 Ayesha Curry has found herself shouted out on Cardi B records and becoming a star, in her own right. All of the attention is due to Stephen Curry. Yes, Ayesha Curry’s high school sweetheart, Stephen Curry has become the face of the NBA.

Ayesha Curry has been with Stephen Curry since the very beginning. When Steph broke records for Davidson, Ayesha was by his side. After that, when Steph Curry was drafted by the Golden State Warriors, Ayesha Curry was there. During that time, the couple wed, and welcomed Riley, their oldest child.

Ayesha Curry became a household name, during the 2014-2015 season. That year, Stephen Curry led the Golden State Warriors to their first championship in forty years. After that, Ayesha Curry cashed in on the attention. In addition to Ayesha Curry landing a cooking show, she also dabbles in wine. On Instagram, Ayesha Curry was showing off her and Steph’s sister, Sydel Curry’s wine. There was a woman who decided to leave a mean comment about Ayesha not knowing anything about wine. In addition, the woman said Ayesha should continue to live off Steph, her husband. As a result, Ayesha called her a Karen, and told her she was just getting started.

More in Hip Hop News
Irv Gotti says Fat Joe is not his friend, after Joe called him a sucker, and says some of his friends may be jealous of his $300 million deal [AUDIO]
Angela Yee says that The Breakfast Club is “officially over”