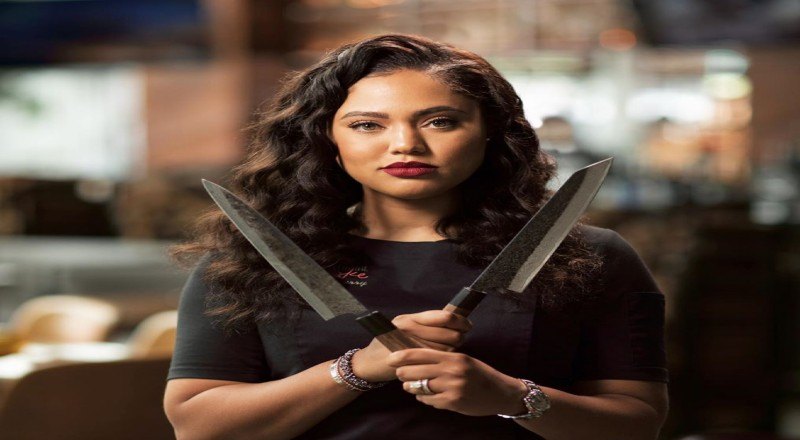 Ayesha Curry is a cooking phenom who rose to fame with her YouTube series. She is the wife of three-time NBA champion, Steph Curry. Her personality has amassed a lot of fame, in her own right.

Her wholesome church-girl-next-door personality and demeanor has endeared her with many on social media. During her husband’s rise to super stardom, she subsequently became the representation of the “good girl”, the personification on what a good wife should be. She became cemented in recent pop culture thanks to men claiming that they want an “Ayesha Curry” type.

Well it appears that Ayesha Curry has hit a bit of a snag in her growing cooking empire. One of Ayesha ‘International Smoke’ restaurant locations has abruptly closed down without notice to staff or guest. One of the five locations in the country, the Houston restaurant was located in CityCentr. There was a sign of the front door citing a failure to pay rent. So the locks were changed.

One of the possible reasons for this abrupt closure were the large amounts of Houston Rockets’ fans trolling before it’s grand opening.

International Smoke released a statement regarding the closure:

“International Smoke Houston will be closing its doors, effective immediately. We are grateful to all of our staff and guests for all of their support in the time that we’ve been open. We look forward to welcoming our guests at one of our other International Smoke restaurant locations in in San Francisco, Del Mar (just north of San Diego, CA), and Aventura (just north of Miami, FL), as well as the newest addition in Las Vegas, slated to open before the end of the year.”

More in Hip Hop News
Adrien Broner Has To Pay Sexual Assault Accuser More Than $830K After No Show In Court
Tekashi 6ix9ine’s Baby Mama, Sara Molina, Clowns Him After Saying He Gave People Hope to Judge at Sentencing – “This N*gga Thinks He’s a Prophet of God”