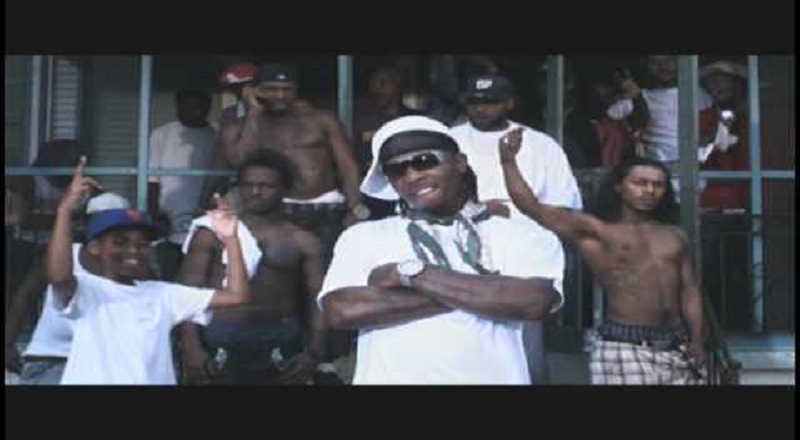 Before Young Buck aligned himself with 50 Cent, he had a very close relationship with certain members of the Cash Money crew. He was by far closest to B.G. and Juvenile. Late last year, when Buck asked for release from G-Unit, his intentions were to work with B.G. Ever since 2008, Young Buck and 50 Cent have been feuding. In an effort to be released from the label, Buck decided that it would be best to play nice.

Unbeknownst to himself, Young Buck gave into 50 Cent’s game and essentially lost their feud that they had been running. Declaring his victory, 50 Cent aired out both Young Buck and Game on his single, “So Disrespectful.” While the primary targets are his former G-Unit label-mates, 50 also had choice words for Jay-Z, B.G., the late Pimp C, and his own boss, Dr. Dre. After the diss, Young Buck began to accuse 50 Cent of blackballing him.

While there had been an issue stemming over Young Buck, B.G. has now addressed his name being on the record. He said that Buck was supposed to appear on the track, “Owe Me Some Money.” The only reason that Young Buck did not appear on the record is because 50 Cent did not approve of the collaboration. B.G. also said that 50 Cent has hated on Young Buck at every turn because he is afraid that he is going to go off and become successful without him.

In response to the “So Disrespectful” diss, B.G. said that he is not falling into that trap. He said that 50 Cent always goes after real n*ggas. B.G. stated that 50 already got one, but he was not going to get him. He went on to say that he thought the record was funny, but then again it was not because he does not even know B.G. like that. B.G. said that the feud between 50 and Buck should stay just that. Contradicting himself, B.G. went on to say that everyone knows that 50 rides with secret service, the media, and the police.

The response from B.G. now places 50 Cent in ongoing feuds with Rick Ross, Fat Joe, Game, Jay-Z, Ja Rule, and Young Buck, along with the anticipated feud with Dr. Dre. This is all in addition to his recent rift with B.G.