Home » Hip Hop News » Barack Obama speaks on our imperfect democracy, marital pressures, racism, and what he did for black people, on “The Breakfast Club” [VIDEO] 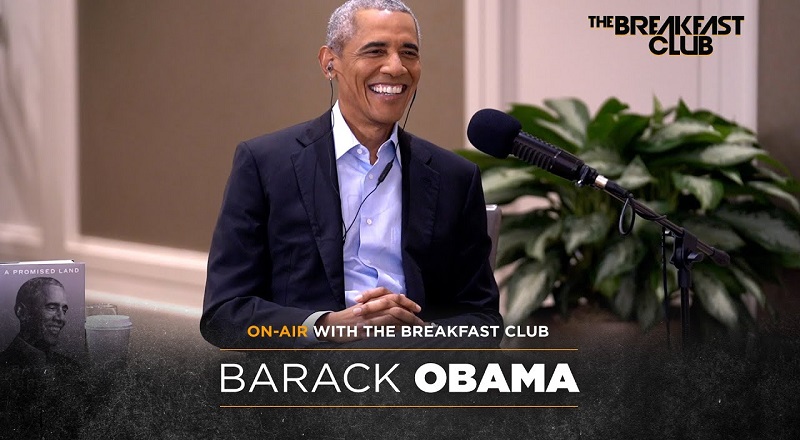 Twelve years ago, America made history, when the nation elected its first African-American president, Barack Obama. At the time of his election, Obama was a first term US senator, only three years into his term. But, he was thrust onto the national scene and won, historically.

Obama chose the current president-elect, Joe Biden, as his running mate, and the two were tasked with rescuing America from the worst recession, since The Great Depression. However, Obama’s presidency was filled with criticism. A lot of people complained about his work.

Barack Obama sat down with “The Breakfast Club,” this morning, where he spoke on his eight years with DJ Envy, Angela Yee, and Charlamagne Tha God. Taking it a step back, he spoke on the imperfect American democracy, and the pressures politics put on his marriage. He then took on racism and addressed the things that he did do for black people, in America.

More in Hip Hop News
Boosie Badazz Needs One More Surgery After Getting Shot in The Leg in Dallas
Nicki Minaj wants to collaborate with Cardi B? Nicki Minaj likes tweet from fan suggesting to Cardi B that she should collab with Nicki