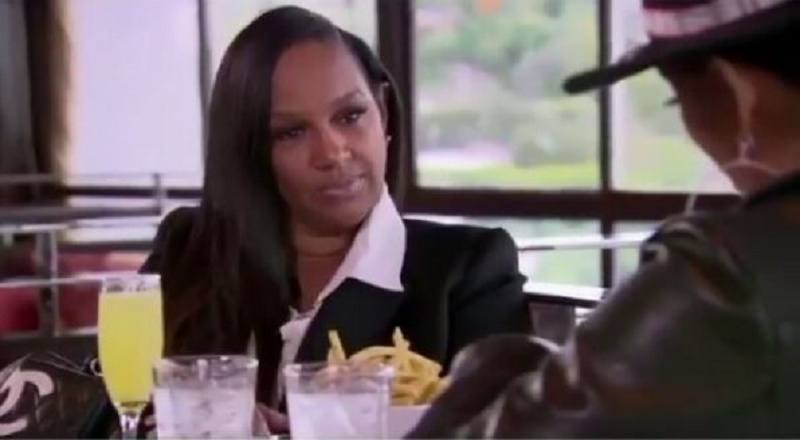 Throughout the history of VH1’s “Basketball Wives LA,” Jackie Christie has been the resident head honcho. Ever since the ladies from the original show migrated over, Jackie has to share that title. Still, she remains the original leading lady of this particular show.

Every Sunday, when “Basketball Wives LA” airs, Jackie Christie becomes a leading topic of discuss. The outfit she wears in her confessional shows off all of her cleavage. Now, Jackie has really given those people who talk about that something to talk about.

Jackie Christie was going through a “feeling myself” moment and she stunted. While some are critical of it, Jackie feels well about it. She showed off tons of her cleavage and she spilled out, a bit, with a slight glimpse of her nipple also visible.

See the cleavage photo of Jackie Christie below:

More in Hip Hop News
Chris Brown officially arrested on suspicion of assault with a deadly weapon #Breezy
Chance The Rapper wins Twitter by making #BlackBoyJoy into a thing, some calling it the best hashtag ever