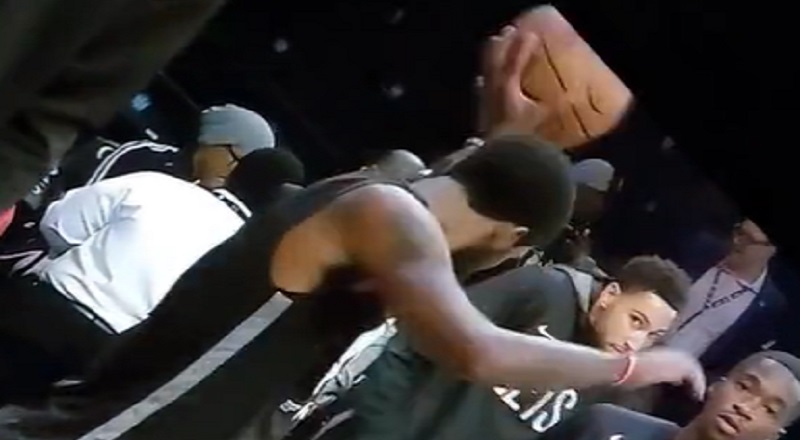 Ben Simmons was the most controversial man in the NBA, last season. After a terrible showing in the 2021 playoffs, Simmons refused to report for training camp. Simmons would go on to miss half of the season. As a result, the 76ers traded him to the Nets. Even there, Simmons still never played. During the 2022 preseason, Ben Simmons finally played. Last night, during warmups, he missed a shot, leading to Kyrie Irving getting hit in the face.

Ben Simmons is an interesting basketball player. There was a lot of hype surrounding him. Actually, there were some who actually believed Ben Simmons was the second coming of LeBron James. Ultimately, Simmons underperformed expectations, after his rookie year. Despite leading the Philadelphia 76ers to their first consecutive 50-win seasons in over thirty years, Simmons’ refusal to shoot three pointers caused much backlash. In 2021, Philly seemed poised to take that next step. When the Atlanta Hawks upset them in the second round, Ben Simmons was blamed.

Ben Simmons still sat out, after being traded to the Brooklyn Nets. After much turmoil, the Nets finally have their team together. Kevin Durant rescinded his trade request and Kyrie Irving is able to play for the entire season. In addition, Ben Simmons is ready to go. Already, the Nets have taken a blowout loss to Simmons’ former team, the Philadelphia 76ers. However, this is only the preseason. Last night, the Nets were doing their pregame shootaround. Here, it looks like Ben Simmons actually did attempt the three. Not only did Simmons miss his attempt, but the ball would wind up hitting Kyrie in the face.

Look at Ben Simmons face after his brick hits Kyrie in the face 😭 https://t.co/D5PWzeVKeQ

More in Hip Hop News
Trina wins Twitter with her BET Hip Hop Awards speech and fans say she looked good on stage, but ask why she didn’t perform [VIDEO]
Freddie Gibbs says he and Jeezy finally ended their beef, after recently seeing each other at an airport [VIDEO]