Home » Hip Hop News » Ben Simmons wins Rookie of the Year and Twitter isn’t having it, saying the Sixers’ star isn’t even a rookie, and Donovan Mitchell got snubbed, calling him “Rookie of a couple of years” and comparing him to a sophomore joining the freshman team after not making JV #NBAAwards 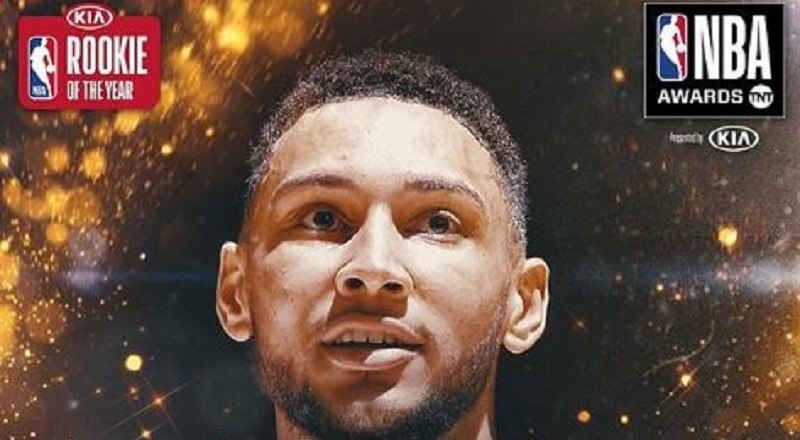 It’s hard to really know how to feel about this, but Ben Simmons isn’t the first player like this. The 2010-2011 campaign was considered Blake Griffin’s rookie year, because he was injured the season before. Back in the day, David Robinson missed his first two years, and was a rookie.

Ben Simmons made his official NBA debut, this past season, and he was big for the Philadelphia 76ers. He, JJ Redick, Joel Embiid, and Marco Belinelli formed a strong core. They posted the Sixers’ best season since 2001 and their first 50-win season since that Finals run.

Because of all of this, Ben Simmons was definitely a contender for Rookie of the Year. However, Donovan Mitchell, an actual rookie, was no slouch, for the Utah Jazz, either. In the end, Ben Simmons won, and NBA Twitter is upset, mainly saying dude isn’t a rookie, plus he messed up his situation with Tinashe.

Read the tweets about Ben Simmons below:

More in Hip Hop News
Sean Garrett and his hair have somehow stolen tonight’s episode, after Karlie put it on blast; Fans on Twitter said Sean looked hurt after she called out his thin hair, but wasn’t talking that trash when she first got with him #LHhATL
Kelly Rowland has been trending on Twitter, all day, it has nothing to do with the #NBAAwards or #LHHATL, this is something the fellas will enjoy though, because her booty is crazy… It puts Beyonce’s to shame, too bad it’s not really Kelly though…