Home » Hip Hop News » Benny Harlem, better known as “The Million Dollar Hair Scammer,” was hospitalized, sharing photo from hospital bed, with his face swollen up from snake bite, while he was in Africa [PHOTO] 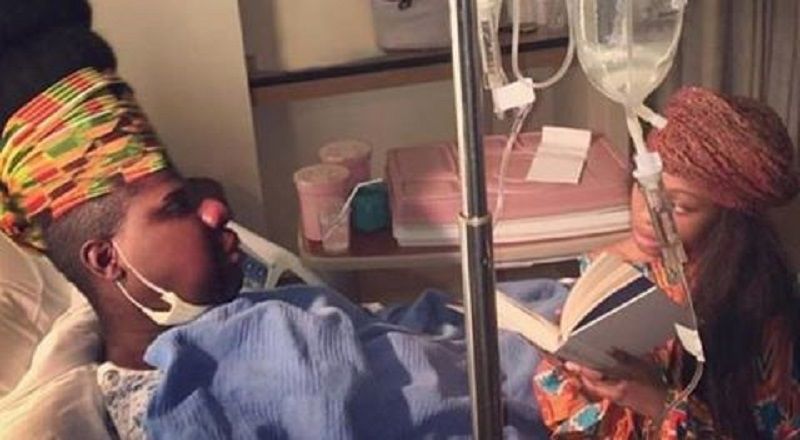 Since September, Benny Harlem has been catching fire. Rising to social fame, Benny Harlem is a well-known name among the circles into all-natural hair. But, in September, he was exposed as a scammer, although he denies all those claims.

Before being exposed, Benny Harlem took a trip to Africa. While out there, Benny Harlem revealed he got bit by a viper snake. All of this took place in August, and now he is showing himself for the first time on social media.

Benny Harlem shared the above photo, earlier today. The photo depicts his face swollen and this is supposed to be due to the snake bit. There are some other assumptions, however, which are purely speculation.