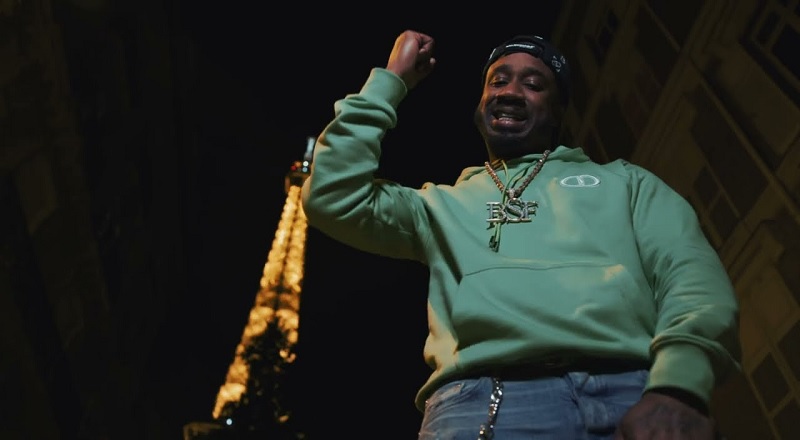 Benny The Butcher is credited by most as one of the top lyricists in the game. Like the rest of the entertainment world, he is soaking in this Damson Idris/Lori Harvey news. Ahead of “Snowfall” season six, the show’s final season, Damson Idris confirmed rumors of him and Lori Harvey dating. Over the years, Lori has been involved with the likes of Trey Songz, Justin Combs, Future, Michael B. Jordan, and now Damson Idris. As a result, Benny The Butcher has made a Lori Harvey comparison.

Benny The Butcher has begun to dominate the lyrical portion of the game. While people would not normally put him and Lori Harvey in the same sentence, both have risen to fame at the same time. Since 2016, both have increasingly become big names in the industry. Again, Benny has become well-respected for his prowess as an emcee. Meanwhile, Lori Harvey has made her rounds through Hollywood as one of the first Black socialites of her stature.

Benny The Butcher definitely does his own thing, but he has been paying attention. While Lori Harvey is portrayed as a quiet, mysterious, woman, she definitely has had these men on lock. Few women could pull off dating Future and Michael B. Jordan within a year. Now, Lori Harvey has Damson Idris sharing photos of him kissing her on her 26th birthday. After seeing that, Benny The Butcher offered his two cents, on Twitter. Benny called her the “Black Kim Kardashian.”