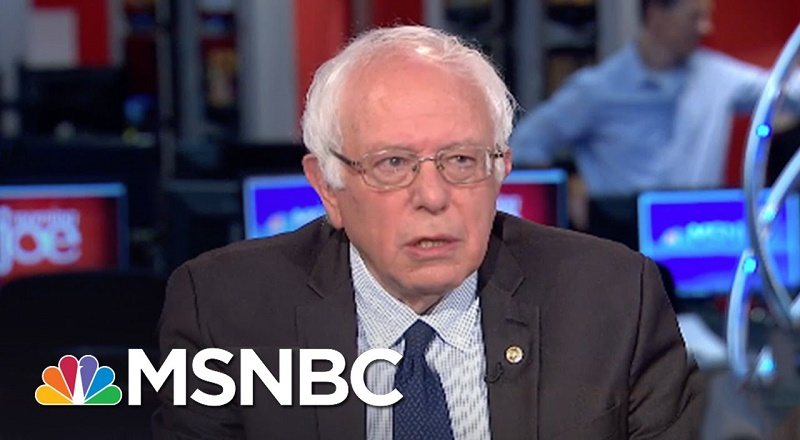 The 2016 presidential election is unique, to say the least. Never has there been an election like it, in this lifetime. A wrinkle in the election has been Bernie Sanders and his phenomenon, where young people are captivated by him.

Bernie Sanders, as popular as he is, does not have enough delegate support to overcome Hillary Clinton’s lead. Even with her being the presumptive nominee, Sanders did not intend on backing down. This morning, his stance has begun to change.

While on MSNBC’s “Morning Joe,” Bernie Sanders discussed the election. Acknowledging that he will not be the nominee, Bernie Sanders revealed what his plans in November are. The Vermont Senator, while not officially giving Hillary his endorsement, said he will vote for her in the general election.