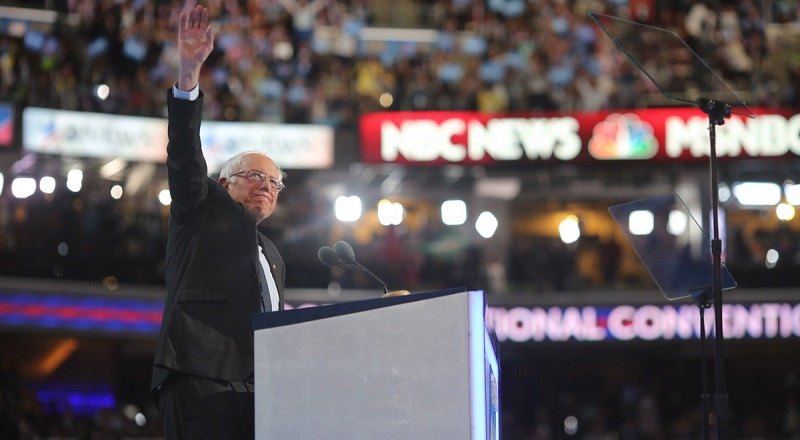 The 2016 Democratic National Convention opened up tonight with very strong energy. This election is unique, to say the least, and each side has to be creative in order to win. It appeared to be an easy path for Hillary Clinton to secure the nomination, initially.

Bernie Sanders changed this, something he has done throughout his career. Until joining the Democratic Party, Bernie Sanders was the longest-tenured independent member of the Senate. The supporters of the Republican movement thought they had an advantage until tonight.

Yesterday, emails leaked that revealed the Democratic Party used underhanded tactics to force Bernie Sanders out of the election. The supporters of Bernie were upset, but Sanders stuck to his mission and urged his supporters to support Hillary in November, to which Donald Trump said he was corrupt to. Bernie Sanders kept it short and sweet, telling Trump “Never tweet” in response.

More in Hip Hop News
Tommie wins Twitter, they are here for her getting the help she desperately needs #LHHATL
Mariah Carey screams at Jermaine Dupri and tells him to put his camera away [VIDEO]