Home » Hip Hop News » Bernie Sanders walks out to DMX’s “Where The Hood At?” at Lancaster, California rally [VIDEO] 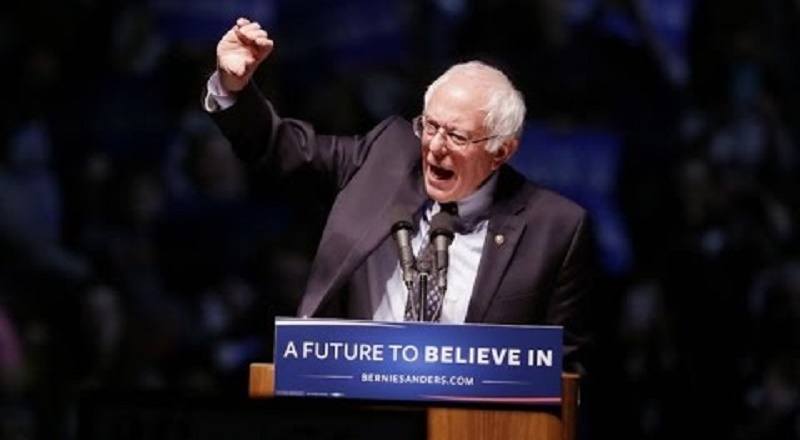 Two names that probably shouldn’t be mentioned in the same sentence, but have been are Bernie Sanders and DMX. For those who don’t know, Bernie Sanders is a presidential candidate. If there is anyone on this site unaware of DMX, they may be on the wrong site (LOL).

Because of how bizarre the 2016 Presidential Election is, Bernie Sanders could very well be considering DMX for his VP. This, obviously, isn’t the case, but Bernie Sanders is using his music. Honestly, it shouldn’t come as much of a surprise, with Killer Mike rallying for him.

Bernie Sanders actually holds a significant lead over Donald Trump in nationwide polls. However, Bernie Sanders trails Hillary Clinton, but she doesn’t quite have enough votes to eliminate him. The man said he would fight and Bernie Sanders is proving it, walking out to DMX’s “Where The Hood At?” to begin his rally in Lancaster, California.