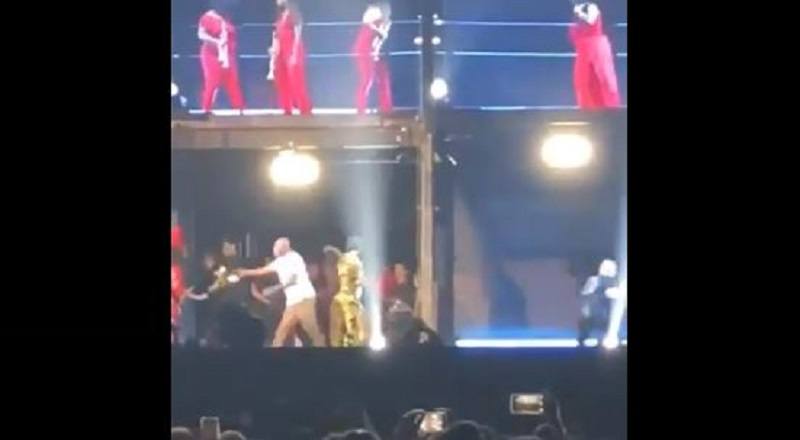 So much has happened, with Jay-Z and Beyonce, over the years, people wonder what could happen next. The couple has defied so many odds to still be here. Already, their latest tour has amassed close to $200 million, not even counting album sales, and new streams.

Beyonce and Jay-Z are considered among the closest things to hip hop royalty. However, not everybody likes them, especially since they are so vocal in their political views. Not only do they speak out, they use their businesses to voice their feelings.

Tonight, Jay-Z and Beyonce were performing in Atlanta, where they faced a new challenge. A fan bum-rushed the stage, trying to attack the couple. Fans on Twitter have several rumors about what happened to the couple, but the video says it all, as fans question how these people got past Julius, their head of security.

Read the “Bey and Jay” tweets below:

Continue Reading
You may also like...
Related Topics:beyonce, jay-z, m.a.c., on the run 2 tour