Home » Hip Hop News » Beyonce said Jay-Z cheated on her with a white woman, at her last concert? She sang “like that white b*tch could” in recent show [VIDEO] 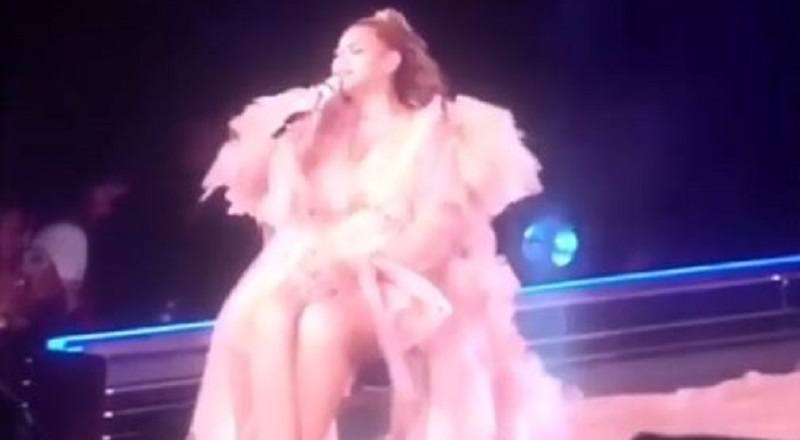 Two years ago, Beyonce began promoting Lemonade, and people tried to figure out what it was. When she did her HBO special, the world learned it was her new album. This visual album that she dropped seemingly put Jay-Z on blast for cheating.

For many, that was very confusing, seeing how Jay-Z made cameos throughout the album. As people were discussing, Lemonade went live on TIDAL, Jay’s streaming service. The following year, Jay-Z dropped 4:44 and he confessed to everything.

Now, the two have come together, as The Carters, dropping their joint album, Everything Is Love. The album dropped as Beyonce and Jay-Z are on tour. During a recent show, she changed the lyrics to one of her Lemonade songs, talking about love, saying “like that white b*tch could,” leading people to believe Jay cheated with a white woman.