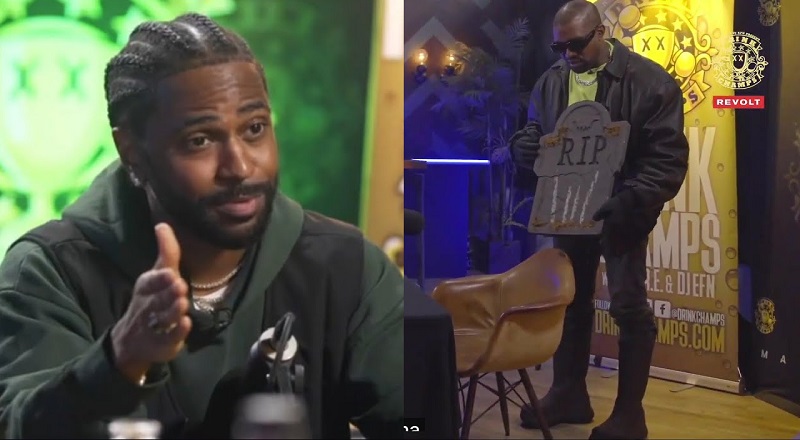 At the end of 2021, Kanye West appeared on the “Drink Champs” podcast, where he dissed his former G.O.O.D. Music star, Big Sean. It was there, that Ye said signing Sean to the label, was the worst thing he’d ever done.

Sean went on to appear on Drink Champs a few weeks later, and explained how he was owed money. Prior to that podcast appearance, Sean took to Twitter to reveal that he’d been contacted by them, and immediately wondered if Ye said something crazy about him.

On Monday night though, Sean was spotted with Kanye, in Los Angeles. French Montana also joined the two. Ye has been recording Donda 2 in LA, so it could be possible that fans hear Sean on this album, as well.

Last week, Kanye put out his new “Eazy” song, with The Game. He was also seen with Moneybagg Yo, in the studio. Moneybagg had recently shared that he and Ye are working on a song, for Donda 2.

Big Sean’s last project came in October, with his What You Expect EP. This EP was released with producer, Hit-Boy. Features included Bryson Tiller, 42 Dugg, and Babyface Ray.