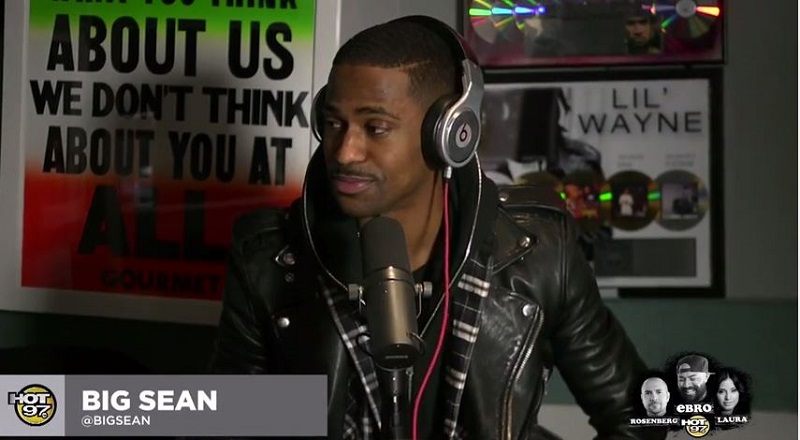 To think there was a time when it looked like Big Sean would never see the light of day with his album. In a three year span, Big Sean has gone from being an often delayed bubbling under artist to one of rap’s biggest names. The Detroit emcee is signed to G.O.O.D. Music and helped solidfy Kanye West’s work as a record executive.

Big Sean is currently working on his third studio album and he has a runaway hit on his hands. At the start of the fall season, Big Sean released four new tracks that were packaged into an untitled EP. The “IDFWU” song with E-40 ended up becoming a single and then made the lead into his album.

Currently, Big Sean is making his New York City media rounds and Hot 97 got a crack at him. Talking with Ebro, Peter Rosenberg, and Laura Stylez, Big Sean discussed his new album. When the talk shifted to relationships, Big Sean sort of got into it with Ebro, but all was well during the conversation.