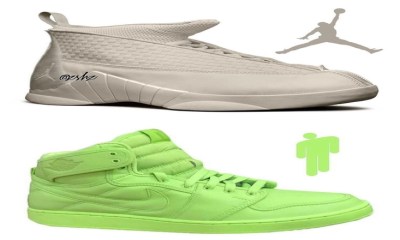 Billie Eilish remains one of the most dominant artists in the world, as her sophomore album, “Happier Than Ever,” is set for a July 30 release. It is led by hit singles singles such as “Your Power” and “Therefore I Am.” The 19-year-old pop star also has an Air Jordan collaboration on the way, as she has two of her own sneakers. This was confirmed this month, after much speculation.

These Jordan sneakers are the Air Jordan KO 1 and the 15 SP. The 1s are a bright lime green, while the 15s have a beige look. Now, the rumored release date for these sneakers are heating up. According to zSneakerHeadz, they are said to be released on the same day, on September 9.

As of now though, Jordan Brand has yet to confirm this date. Nonetheless, Eilish and Jordan are definitely expected to post massive sales for these sneakers. Take a closer look at Eilish’s 1s and 15s below.