Home » Hip Hop News » Birdman apologized to Lil Wayne, during #LilWeezyanaFest, and promised to “do it right” until he dies, officially reuniting YMCMB #TIDALXWeezyana [VIDEO] 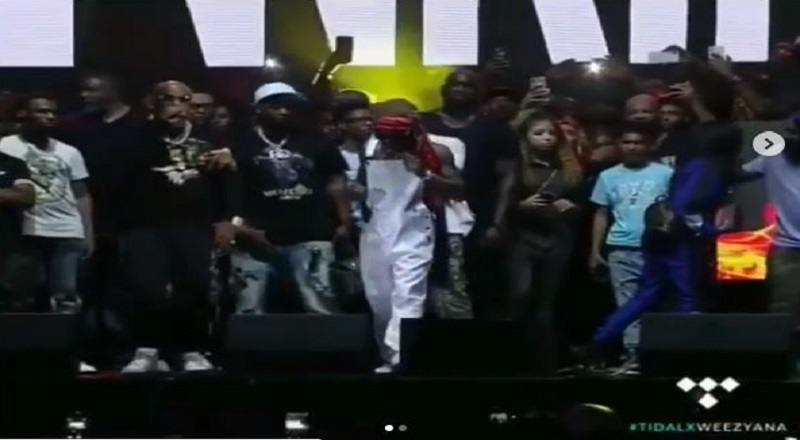 Back in 2014, Cash Money Records was a fine-tuned machine that seemed unstoppable. Not only did the label have tons of popular artists, they also had popular sub-labels. This roster included Lil Wayne, of course, but also Bow Wow, Drake, Ace Hood, Nicki Minaj, and more.

Ultimately, Tyga, one of Lil Wayne’s Young Money artists, would force his release from the label, an unpopular move, at the time. This led to disses and everyone unfollowing him. But, Lil Wayne would speak out, months later, even calling Birdman directly out.

Through it all, Birdman has insisted he and Lil Wayne are still on good terms. Twice, the two have made public appearances together, but they would revert back to beefing. Early this summer, it was reported that the two reached a settlement, and Wayne brought Birdman out to his Weezyana Fest, where Birdman apologized.

More in Hip Hop News
Vic Mensa Holds #AntiBaitTruck Shoe GiveAway in Chicago After Cops Tried to Trick Black Children Into Stealing Shoes From Bait Truck
Chloe X Halle are amazing! Fans on Twitter give Chloe X Halle their props, after they perform at Beyonce and Jay-Z’s #OTRII show, tonight, opening up for them + Alabama fans call them “cute” [VIDEO]