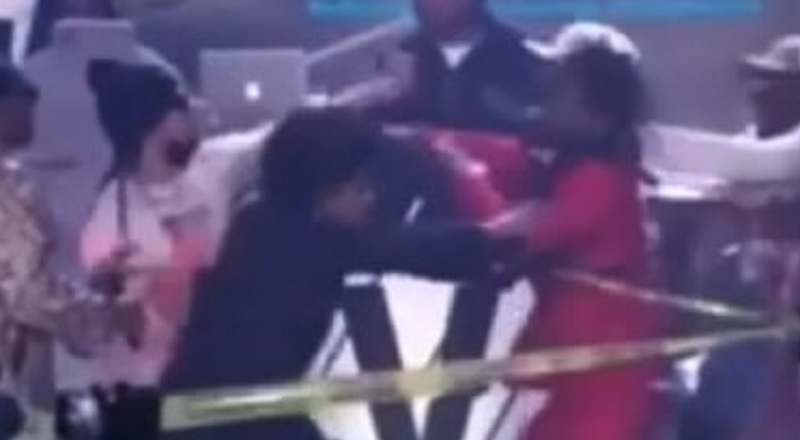 Last night, Verzuz got out of hand, and a fight took place. It was started when Bizzy Bone opened up, handing out insults to Three 6 Mafia. When Juicy J responded, Bizzy threw a mic at him, and the two fought.

Verzuz went off air, due to “technical difficulties.” On Twitter, meanwhile, fans ran jokes about Bone Thugz-N-Harmony and Three 6 Mafia fighting. Ultimately, the groups ended the show with peace, hugging it out.

Bizzy Bone, after the Verzuz, addressed the fight on social media. Via Instagram, Bizzy offered an apology, saying he’ll be the bigger person. In this apology, he added “even if you do not feel wrong.”

More in Hip Hop News
Young Dolph to Have Street Named After Him, in Hometown of Memphis, on December 15
Deion Sanders Lets Brittany Renner Speak to Jackson State University’s Football Team, About Dealing With What Comes With Being Successful Athletes [VIDEO]